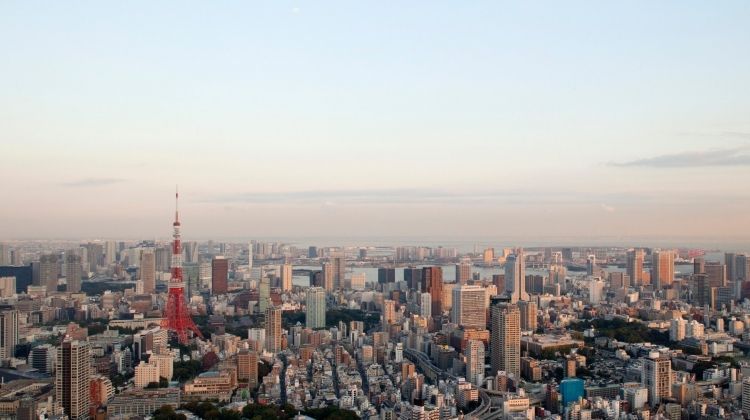 Tokyo is the original metropolis. A frenzy of technology, history and humanity that can be tricky to navigate by yourself. Join us on a specially curated tour in partnership with The New York Times and discover the highlights and hidden quirks of Japan’s neon-lit capital. See the 'Ghost Station,' meet a robot and find out all about the Japanese craft beer boom!
View More
CUSTOMER REVIEWS ABOUT URBAN ADVENTURES
5 - Excellent
Based on 802 reviews
Mr. Craig's review for another Urban Adventures tour
4 - Very Good
“Overall it was a very good tour, I also did an Eat Mexico market tour and the Urban Adventures one was much better value for money and Angela out guide was more enthusiastic that the Eat Mexico. The only thing better about the Eat Mexico tour was more food sampling, if you added a few extra stops for food samples (they don'y have to be large serves) you would be a much better tour all up.”
Mr. Robin's review for another Urban Adventures tour
5 - Excellent
“Our guide Sean where excellent. We had a really good time. The beer (and other liquids) where first-rate but even better than that where our discussions about Amsterdam and the rest of the world. I highly recommend this tour to everyone that are interested in brewed and distilled liquids and getting to know interesting facts about Amsterdam.”
Mrs. Gaynor's review for another Urban Adventures tour
5 - Excellent
“Our guide, Sylvia, was excellent and we had a great night out experiencing Tokyo from a different perspective. The varied choice of food places was great, and we loved the "cooking class" experience when having Okonomiyaki. A great group of people to enjoy it with, too”
Read more Urban Adventures reviews
ITINERARY

Your tour begins in Tokyo’s electronics heartland, known as Electric Town, at the J.R. Akihabara railway station. We’ll stroll through the frenetic, neon-lit streets to nearby Manseibashi Station, where we will stop to admire and discuss how the city has cleverly repurposed many of its old buildings. Built in 1912, the original station was destroyed by an earthquake in 1923, leaving only its platform and some stairs, which remain today. The rebuilt station was then closed in 1943 and has been spookily nicknamed “the Ghost Station.”

Re-generation occurred in 2013 after the station was transformed into a collection of trendy boutiques and restaurants known as mAAch ecute Kanda Manseibashi, which the trains still regularly pass through, giving this shopping mall a quirky edge!

Next, we will head towards the Hitachino Brewing Lab to find out more about the Japanese craft beer boom. This historic company has been making sake since the early 19th century, and started making beer in 1994. We will taste some of the 10 craft beers that are available on tap, paired with some delicious local snacks, and chat to the brewery staff about how their beer is made.

A walk through the larger-than-life Akihabara neighbourhood follows. The buildings here are a riot of color, proudly displaying anime images almost everywhere you go! Stop to take a group picture inside a quirky photo booth that will make you look like an anime character yourself, with big eyes and perfect skin. We’ll arrive at 2K540 Aki-Oka Artisan, an urban space under the train tracks that used to be a car park but is now home to 50 shops and cafes. The retail offering focuses on artisan products from across the country, so it’s a great place to peruse for meaningful souvenirs to take home. We will stop at Nocra, renowned for its lifelike wooden toys from the north of Japan. The business shrewdly uses the wooden scraps left over from furniture to avoid waste and cut costs. We will spend time chatting to the shop manager about their products, the unusual space and their admirable aim not to waste anything.

Just around the corner, our next stop awaits. 3331 Arts Chiyoda used to be a junior high school but due to a drop in Japan’s youth population, it’s been transformed into an arts centre featuring galleries, creative space, a cafe, shops and a rooftop organic garden. Rather charmingly, its name is a numeric rendering of a traditional hand clap used to share happiness and ease stress. Here we will learn how Japan is coping with its dwindling population.

Being a creative space, it should come as no surprise that 3331 Arts Chiyoda is also home to Aldebaran Atelier Akihabara with Softbank, a robot software development company. Its most famous robot, Pepper, has been painstakingly designed to support everyday people conduct everyday tasks. Remarkably (or creepily, depending on your point of view), Pepper has the ability to detect human emotions and react to them. We will spend some time with Pepper, learn about the processes that go into developing these high-tech robots and interact with them in English.

A short subway ride will take us into the heart of Tokyo, where we will pass by the Imperial Palace. The emperor and empress of Japan reside behind the pretty moats that surround it, with 300 police officers and more than a thousand staff members on hand to support them! Godzilla is next on our Tokyo agenda, no doubt the unspoken icon of the city for nearly a century. Tokyo is fascinated by Godzilla and isn’t shy about celebrating his notoriety, with statues and street art dedicated to him all over the city. We will check out the latest Godzilla statue to spring up; this 2018 statue, modelled on a 2016 movie, replaced a 1995 version (like we said, Godzilla is much loved in Tokyo!). Finally, after a busy afternoon of sightseeing, we will settle in at Matsuso, a typical izakaya (a kind of Japanese pub). Like many izakaya, it’s nestled under the train tracks, allowing commuters to stop in for a quick drink or a snack on their way home from work. We will sit down with the bar owner, who previously worked in real estate, to chat about his business and what makes this location under the train tracks so special to the locals.

In Tokyo, Stories on Their Wrists

An Unassuming Tokyo Enclave Is Having Its Moment

From Hiroshima to Tule Lake, Films About Japan and America

In Rural Japan, Lifting a Shrine and Building a Friendship

In Pursuit of Cartoonish Perfection in a Japanese Rice Bowl

A City Tour gift certificate is the perfect present for any occasion. Select a specific tour and date, or choose the value and let the lucky recipient decide how to redeem it.

Full payment of 145 USD is required to confirm this tour.

For this New York Times Journeys - Tokyo: Past, Present and Reused tour getting the required visa(s) is the responsibility for each individual traveller, as visa requirements vary depending on your nationality. We recommend to check with your local embassies representing the countries that you are travelling to, as part of this itinerary.

Matsusou Izakaya, which is within walking distance to several train/subway stations.

NEED HELP OR HAVE A QUESTION ABOUT THIS TOUR?
If you have any question about this tour or need help with planning a trip, please do not hesitate to get in touch with us. We're ready to help.
Ask a question
TRIP DETAILS Expand All
hours 04 From US$ 145
Unlock US$ 7 in extra savings CHECK AVAILABILITY
Response Time: 1 hour Response Rate: 100% MAKE AN ENQUIRY