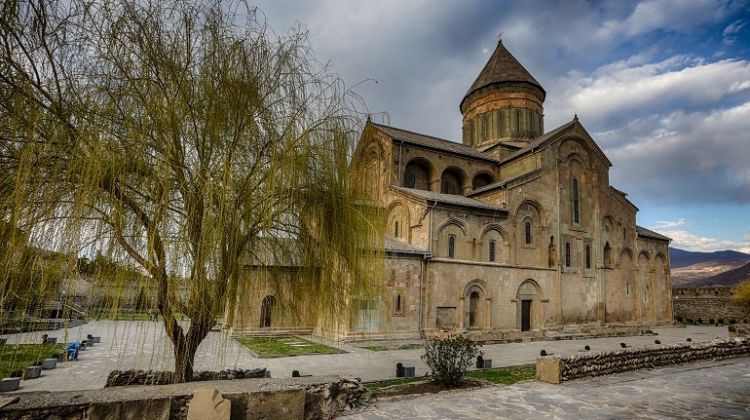 Tour with Flexible Booking Policy
HIGHLIGHTS
Enjoy a full-day private trip to Tbilisi and Mtskheta, which includes exploration of two ancient towns that are linked by religion, culture, and history. Each of them was the main city of Georgia at some point.

Mtskheta was the ancient capital of Georgia from the 4th-century BC to the 5th-century AD. This little town contains two UNESCO world heritage sites. Tbilisi holds more than 1500 years of history as the capital, and because of strategic and economic advantages has always been in the center of the battlefield during invasions. In the old city, you can feel the mix of multiethnic cosmopolitan traditions, which create the unforgettable charm of Tbilisi.

On the tour, we will pick you up from your hotel and drive to Mtskheta, which is located 25 km away to the west. Here we will visit Svetitskhoveli Cathedral and Jvari monastery, which represent the culmination of a number of artistic and architectural aspirations in early Christian architecture. In the middle of the tour, we will have lunch and taste typical Georgian dishes. After midday, we will drive back to Tbilisi and explore the old and new districts of the city. Ride up to Narikhala Fortress by the aerial cable car and admire the views of the city from the top. In the evening return back to the hotel.
View More
WHAT'S INCLUDED WHAT'S EXCLUDED
Why Book with Bookmundi
What are customers saying about Bookmundi
Excellent
4.69 Average 363 Reviews

Other Practical InformationChildren must be accompanied by an adult. Please advise of any specific dietary requirements at the time of booking. A moderate amount of walking is involved. Not wheelchair accessible. Operates in all weather conditions, please dress appropriately.
NEED HELP OR HAVE A QUESTION ABOUT THIS TOUR?
If you have any question about this tour or need help with planning a trip, please do not hesitate to get in touch with us. We're ready to help.
Get help
days 01 From US$ 91 See Group Discount
CHECK AVAILABILITY
Response Time: 3 hours Response Rate: 100% MAKE AN ENQUIRY