As summer takes hold and festivals pop up around the country, a trip to Japan in July guarantees a memorable experience. Days are longer during this time of year, which gives you more time to explore each city and take part in traditional, colorful parades. There are countless incredible places to visit across Japan and traveling to the country in July lets you enjoy warm weather conditions as you take in the sights of this wonderful country.

The weather in Japan in July is hot, as summer hits the country with full force. The average daily temperature in July in Japan is a blazing 28°C, although it cools down at night to around 22°C. Be warned that the monsoon season kicks in across most of Japan in the middle of this month, which means that the air may be humid and sudden downpours may spring out of nowhere. The tropical island of Okinawa sees long days with the mercury hovering at 32°C on average. Even nights can be sweltering in this part of the country, as the average low temperature is 26°C.

For a seasonal overview, check out our travel guide on the best time to visit Japan.

Weather in Japan in July - Rainfall and Temperatures

July in Japan means long, hot days packed with festivities. The country receives a fair number of visitors during this month, although the figures are nowhere close to what one might encounter during early April. However, if you are not averse to humid conditions, there are a number of things to do in Japan in July. Below are a few reasons why you should consider traveling to Japan in July.

The Yasukuni Shrine located in the heart of Tokyo organizes the Mitama Festival from July 13 to 16. Visit Tokyo and join the locals as they honor their ancestors with prayers, performances, foods and games. If you visit the crowded banks of Toyko’s Sumida River on the last Saturday of July, you can witness the spectacular lights of the Sumidagawa Fireworks Festival.

While in the city, make sure that you go out on a sightseeing tour and see some of the capital’s most famous landmarks, like the Tokyo Imperial Palace and the Tokyo Skytree, while enjoying Japan’s favorite summer treat, kakigori, a dessert with shaved ice and artisanal fruit syrup. To the west of Tokyo, the iconic Mount Fuji opens to climbers in early July. You need not be an expert to hike through some of the trails that scour the mountain’s base and enjoy amazing views over the Five Fuji Lakes.

Head to Osaka which celebrates summer with the Tenjin Matsuri Festival, which is held on July 24 and 25. This event starts with an exuberant parade followed by a traditional riverboat procession and fireworks display. July is also when the month-long Gion Festival takes place in Kyoto’s Yasaka Shrine. Although it is more about having fun in the sun nowadays, the roots of this festival go back to the ninth century.

One of Japan’s biggest rock music festivals kicks in on July 20 and goes on until the 31st of this month at Naeba Ski Resort. The Fuji Rock Festival is a massive outdoor festival with a line-up of over 200 artists entertaining 100,000 rock lovers. The port city of Nagoya sees the July Grand Sumo Tournament, while the island of Hokkaido hosts the Pacific Music Festival in the second half of the month.

The Japanese beach season starts somewhere in the middle of the month and goes on until the last week of August. Many visitors head for Okinawa to escape the heat. However, destinations like the Izu Peninsula and Shirahama, which are located in the southern part of Wakayama prefecture, are also equally enchanting.

Japan in July is full of bright, hot days mixed with refreshing summer showers. The country is in a festive mood as it welcomes summer and crowds head for beaches to escape the heat. Planning to head for Japan this July? Feel free to chat with our local travel experts and plan a customized tour to Japan for yourself. You can also check out our travel guide on how many days to spend in Japan for more ideas and inspiration.

Have a look at our trips to Japan in July to get some inspiration.

Other articles:
Japan in June
Japan in August 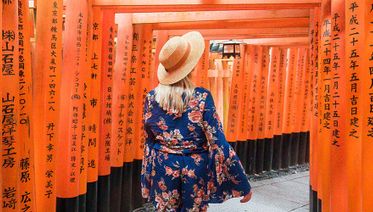 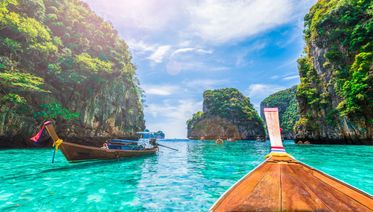 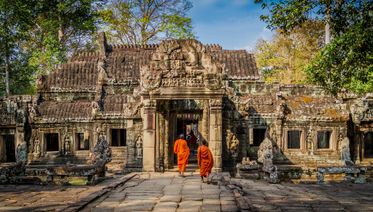 When to Visit Japan

Watch extraordinary parades on your trip to J ...

Japan in May: Pleasant Weather and Gorgeous Countryside

How Long to Stay in Japan

Our 2 Recommendations: Two Weeks in Japan

What to Do in Japan

Planning a Trip to Japan: Travel Tips and Advice

Where to Go in Japan