Malaysia, a veritable collection of cityscapes engulfed and split by the South China Sea, often feels like two countries rolled in one, the urban jungles of Kuala Lumpur and the Malaysian Borneo biospheres. Malaysia has long been home to many a tourist for adventures such as the Petronas Towers, and the sun-kissed picturesque beaches of Langkawi. Sample the rich cultural heritage that is truly reflected in the food, or take a walk along the traditional long houses of the villages of Sarawak. There is plenty to do in Malaysia. However, as with all popular tourist destinations, it may be critical to find out whether the weather in Malaysia is right for you to visit. Want to know when to visit Malaysia? Read on to find out!

Malaysia possesses a tropical climate and weather pattern thus making it mostly suitable to be visited round the year. However, that being said, the downside with a tropical climate is the humidity and wetness associated with it, and it may be important to know these to avoid them while traveling. Malaysia enjoys a good winter with temperatures not rising to their normal highs, and the weather being quite dry for the most part.

Between December and February is when most crowds end up visiting Malaysia due to the simultaneous closing of schools and businesses coinciding with the winter holidays and breaks. This season is known for its resplendent sun and may be the best time to visit Malaysia.

The shoulder seasons between July to November are also the best time to visit Malaysia. The weather is usually quite pleasant during these shoulder months, barring occasional showers. This is when the month of Ramadan ends, thus making travel activity fall and rise as the month progresses.

December to February may be considered the high season in Malaysia particularly in the city of Kuala Lumpur. December to February is when the crowds are at their highest due to the impending holiday season, so it would do well to book accommodation well in advance. In terms of weather, barring occasional showers, the weather is quite pleasant, despite the winter months, and the heat never really reaches unbearable heights. Through the peninsular region surrounding Kuala Lumpur, you may expect showers every day, however these barely last more than an hour and are always followed by swift sunshine.

March to June is a low season in Malaysia owing to the heavy rains and constant humidity that surrounds the air. The southwest monsoon continues to blow particularly along the western coastline with heavy thunderstorms and turbulent seas. This would make places such as Langkawi particularly difficult to visit and navigate at this time. However, it may important to note that through peninsular Kuala Lumpur, the monthly rainfall averages may be lower and showers are normally concentrated around the afternoon. One upside is that accommodation may be particularly easier to afford as crowds are at an all-time low during these months.

July to November is when the shoulder season of Malaysia takes place with the Ramadan ending. Temperatures rise but not as much as the seasons before and Kuala Lumpur transitions from the monsoons to the slow winter months.

Tours and Holidays in Malaysia
Previous Next
View all Malaysia Tours
Published by Marie Storm, updated on June 11, 2021
Tweet
Create your custom-made trip to Malaysia

Travelling to Malaysia? Chat with a local travel specialist in Malaysia who can help organize your trip. 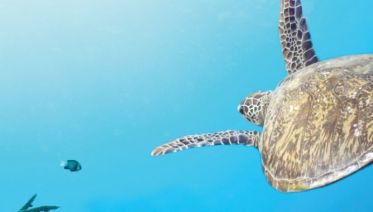 View More
0 Comments We welcome your questions or comments to this article. Our travel experts will respond within 48 hours.
Customize a Trip to Malaysia Chat with a local travel specialist who can help organize your trip
START HERE
Our travel experts are recommended by

Malaysia Things to do

Things to do in Malaysia

Think of budget travel and an incredible vari ...

How Long to Spend in Malaysia

Great Malaysia Itineraries: How Many Days to Spend?

You may also want to see our tours and holidays in Malaysia: