If you’re traveling in search of the lost Soviet past, Moscow is the blockbuster city to put on your list. Once the capital of the vast Soviet empire, this modern city still boasts a number of evocative sites.

However, if you imagine that today’s Moscow still has the look and feel of yesterday’s communist capital, well, you’re in for quite the surprise. Moscow has largely shed its dour and gray image and is today, a lively, international city of bright lights, street cafes and fine dining. So, where can you go to find those old Soviet-era ghosts still lurking amid all this capitalist, freewheeling buzz?

In this article, we’ll go beyond the obvious sites like the Kremlin and the Lenin Mausoleum and highlight a few, out of the way places that still capture something of that lost Soviet world.

Once the Soviet Union’s oldest museum, this now little-visited-gem really takes you back in time. In fact, it takes you back to the heady days of the 1905 revolution, for which, Lenin was credited with setting the stage for the series of revolutions that took place in 1917 leading to the creation of the Soviet Union. The Bolshevik party in Moscow used this utterly unremarkable fruit and vegetable shop as a front while it housed a hand-operated printing press deep in the basement behind a thick wall with just enough air to last the men operating inside only minutes to work at a time. The news sheets they produced helped fan the flames of discontent during the uprising against the tsar which shook Russia during the whole of 1905.

Today, you can climb down a ladder into the basement, handle copies of the original newspapers printed there and see the printing press behind a hole that was cut into the wall when the place was turned into a museum in the early 1920s. You’ll hear stories about how the staff disguised the sound of the press and why this shop, in particular, was chosen. Perhaps, best of all is the fact that you’ll likely have the place all to yourself and you can soak up the atmosphere as long as you like.

About 20-minutes-drive from the printing press is a small Soviet-era museum dedicated to the history of the tsarist era workers’ district, known today as Red Presnya. This old Moscow neighborhood was once a hotbed of worker activism and its people fought in the 1905 uprising and in the 1917 revolution. This is one of those charming old museums that is almost a monument in itself. Barely visited, it charts the history of the area throughout the 20th century.

You can visit a mockup of a 1905 barricade, see items related to Boris Yeltsin’s 1993 bombardment of the nearby Russian White House and check out the old faded maps showing the locations of barricades and street fights. The highlight is the house where the local Bolsheviks helped plan the seizure of power in October of 1917, which is now preserved as it was during that fateful year.

This enormous housing complex built in the late 1920s housed the Soviet Union’s elite. This was the place to be, and within its somber walls, lived many of the great and the might of Stalin’s state. That is, until, the Great Terror of 1937/38 that decimated the residents — a classic case of a revolution devouring its children.

In the decades after Stalin’s death, the writer Yuri Trifonov wrote a famous novel called “The house on the embankment”, which forever put this infamous address on the literary map. The ground floor flat has been preserved and turned into a memorial museum dedicated to Trifonov and his book, as well as, to the people who lived there.

Some of the most moving things to do, however, is to simply wander around the building soaking in its gloomy and slightly forbidding atmosphere, noticing the plaques on the walls which commemorate those who lived there (some of whom were dragged away from the flat and shot), and just taking in spectacular views of the “Cathedral of Christ the Saviour” and the Kremlin across the river.

This museum is housed in an 18th-century palatial social club right on Tverskaya street, the city’s main drag. Despite its central location, not so many people visit it anymore, which makes for a relaxing visit to the past. Formerly known as the “Museum of the Revolution”, it pretty much covers the whole period, from the events leading to the revolution until today.

It really helps to have a Russian speaking friend or one of our guides with you to translate the labels. It is a great stop if you want to see some original artifacts, well laid out and without crowds of tourists bumping into you.

Once a staple on the Soviet-era tourist trail, this mansion, which is about 30-minutes-drive outside Moscow, preserves the house where Lenin spent his last year and died in 1924. The house has been left exactly as it was and if it is time travel you are after, this is certainly the place to go.

Walk the rooms where Lenin, Stalin and other Soviet-era bigwigs once walked, and see the room that Lenin died in. Aside from that, in a house next door, the museum houses Lenin’s Kremlin office, carefully reconstructed here after it was removed from the Kremlin in the 1990s. You can walk into his office and wander among his private rooms and feel the lingering atmosphere of those long-gone days. You can even visit the office where the party’s ruling body — the Politburo — sat.

The Soviet Union may be long gone but the traces of it are still to be found among the bustling life of 21st century Russia. For those old enough to remember, these relics of the past will have a special resonance, making their visit a poignant experience quite beyond the inherent interest of the sites. For others, a visit to Russia is a great chance to explore a 70-year-long experiment which promised so much, yet in many ways ended up going so wrong.

If travel at its best is about connecting humans across time and cultures, then exploring Russia's Soviet heritage is a must. If you are looking for a more general, rather than an off the beaten path experience, you can check out our 10-day guided tour of Russia.

Tours in Moscow
Previous Next
View all Moscow Tours
Published by Eastern Europe Explorer, updated on May 13, 2021
Tweet
Create your custom-made trip to Russia

Travelling to Russia? Chat with a local travel specialist in Russia who can help organize your trip. 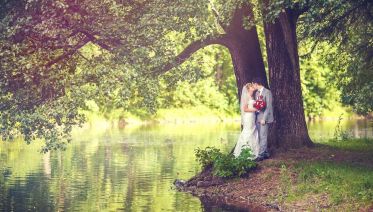 You may also want to see our tours and holidays in Russia: