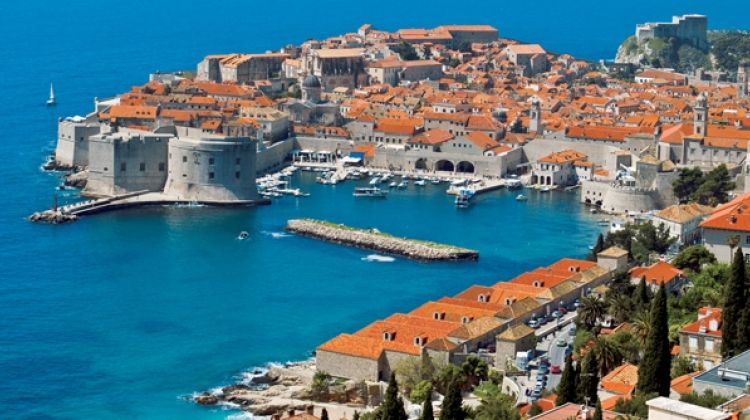 HIGHLIGHTS
Dubrovnik and its fortified Old Town are among the most visited and photographed destinations in all Europe. In the middle ages, it was known as the Republica Ragusa, a powerful maritime state and a big rival of Venice on the Adriatic coast. Dubrovnik is one of the most outstanding tourist destinations in Mediterranean.

Since 1979, Dubrovnik has been a part of the UNESCO World Heritage List. Famous for its wonderful Renaissance and Baroque architecture, red brick roofs and its two kilometers long walls, that successfully resisted the attacks of different enemies through centuries, Dubrovnik is a must-see destination in Croatia.

Explore the Old Town's central street Stradun; the Franciscan Monastery (with one of the oldest pharmacies in the world), the renaissance Rector's Palace, the town walls, the Lovrjenac Fortress and many picturesque squares and churches of this amazing town.

Use your free time in Dubrovnik to take a ride on the cable car to the top of the Srd Mountain and enjoy the breathtaking and magnificent view of the old town of Dubrovnik and surroundings. Walk around the old town and learn more about the cultural heritage and history from an experienced guide.
View More
WHAT'S INCLUDED WHAT'S EXCLUDED
Why Book with Bookmundi
What are customers saying about Bookmundi
Excellent
4.72 Average 295 Reviews

Other Practical InformationA current valid passport is required on the day of travel. Prepare your cameras. If the tour is cancelled 48 hours before the tour, there will be no refund.
NEED HELP OR HAVE A QUESTION ABOUT THIS TOUR?
If you have any question about this tour or need help with planning a trip, please do not hesitate to get in touch with us. We're ready to help.
Ask a question
hours 12 From US$ 74
CHECK AVAILABILITY
Response Time: 2 hours Response Rate: 100% MAKE AN ENQUIRY