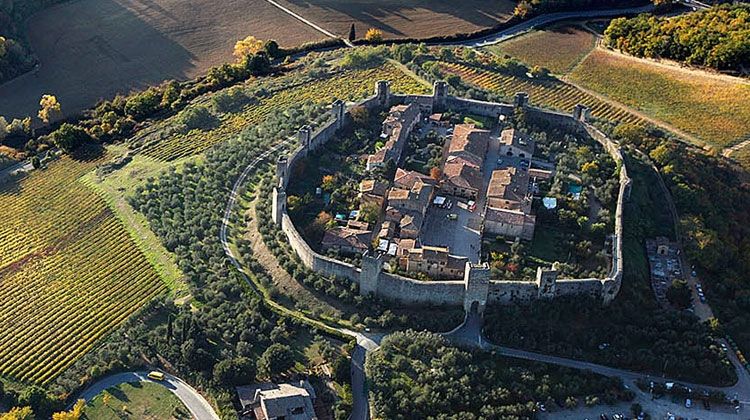 Tour with Flexible Booking Policy
HIGHLIGHTS
Your meeting point for the start of the tour is from the Siena train station (in front of pharmacy) at 9:00am. Give your mind a peaceful rest from the noise of the crowded towns, follow your expert guide on a pleasant walk along the Via Francigena, an ancient pilgrim route for the first time plotted down by the Archbishop ‘Sigeric the serious’ of Cantebury on his return from Rome in the 9th century and considered the main artery to Rome throughout the middle ages.

This route, that has for centuries been a highway of men and emotions, a spiritual pilgrimage and a wealthy trade route, has been forgotten and almost entirely relegated to history by the modern paved car roads. Only recently the route has been brought back from the grip of modernity and is today enjoyed by many pilgrims and hikers alike. Experience the beauty of the mixture between the Tuscan countryside and the glory of its medieval past, still present in its wonderfully preserved castles, villages and ruins.

See the Tuscany you would never want to miss before returning home, pass through forests and fields, vineyards and olive groves from Siena to the imposing fortress of Monteriggioni. A medieval walled town located on a natural hillock, built by the Sienese in the thirteenth century as a bastion of defense in their wars against Florence. It withstood many attacks from both the Florentines and the forces of the Bishop of Volterra until in an act of reconciliation with the Medicis, the town’s captain simply handed the keys of the town over to the Medicean forces - considered a "great betrayal" by the town's people. Once in Monteriggioni, you will enjoy a guided tasting of local organic wines before saying goodbye to your guide for the end of the tour. Feel free to explore the village and the surrounding area at your own pace.

You will be given a bus ticket to return to Siena. Buses leave on the hour (every hour) and can be taken at whatever time you prefer from the nearby bus stop.

The hiking tour is suitable for anyone in good physical condition and with experience in long walks. It is highly recommended you wear comfortable clothes and shoes, to bring water, a hat and in summer, sun cream.
View More
WHAT'S INCLUDED WHAT'S EXCLUDED
Why Book with Bookmundi
What are customers saying about Bookmundi
Excellent
4.69 Average 363 Reviews

Other Practical InformationThe tour starts in front of the Pharmacy outside of the Siena Train station on Monday and Thursday mornings, with pick up at 09:00 am from in front of the Pharmacy. The hiking tour is suitable for anyone in good physical condition - no experience is required. It is highly recommended that you wear comfortable clothes and shoes, bring water, a hat, and sun-screen. The normal operation of the activities is subject to weather conditions. In case the tour has to be cancelled due to adverse weather conditions, we will offer the choice to tour on an alternate date or receive a full refund.
NEED HELP OR HAVE A QUESTION ABOUT THIS TOUR?
If you have any question about this tour or need help with planning a trip, please do not hesitate to get in touch with us. We're ready to help.
Get help
hours 04 From US$ 51
CHECK AVAILABILITY
Response Time: 1 hour Response Rate: 100% MAKE AN ENQUIRY