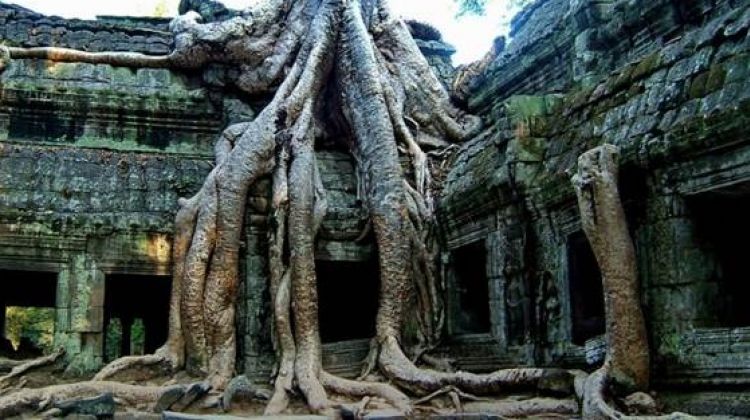 HIGHLIGHTS
You will be picked up at your hotel at 8 am for the morning tour and 2 pm for the afternoon tour. Come join us on a fascinating adventure as we introduce you to one of the superstars of Cambodia: Beng Mealea.

This Hindu temple was built in a time when Angkor flourished as an architectural wonder, basking in the glittery designs of its fascinating temples. Beautifully preserved over time, Beng Mealea is a great way of reliving that ancient grandeur and exploring one of the best examples of Angkor architecture.

Located in the midst of a dense jungle, this 900-year-old temple is one of the largest temples of the Khmer Empire and despite the fact that it has been largely left untouched and unrestored, it still promises a great experience.

You will feel like explorers discovering a lost world as you clamber and crawl over piles of moss covered rubble and sprawling roots, occasionally coming across intricate carvings of Hindu or Buddhist motifs.

Head back to your hotel at 12.00 pm or 6.00 pm depending on the choice of your tour.
View More
WHAT'S INCLUDED WHAT'S EXCLUDED
Why Book with Bookmundi
What are customers saying about Bookmundi
Average Reviews

NEED HELP OR HAVE A QUESTION ABOUT THIS TOUR?
If you have any question about this tour or need help with planning a trip, please do not hesitate to get in touch with us. We're ready to help.
Get help
hours 04 From US$ 94 See Group Discount
CHECK AVAILABILITY
Response Time: 1 hour Response Rate: 100% MAKE AN ENQUIRY