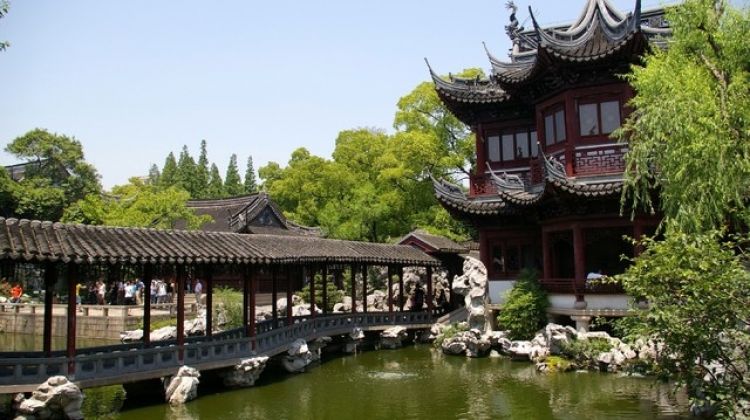 HIGHLIGHTS
You'll be met in your hotel lobby by your guide on 9:00am early in the morning, then you will go to the amazing Shanghai Museum, located in the the People's Square in the Huangpu District of Shanghai. The Shanghai Museum is a large museum with many examples of the ancient Chinese art.

Then you'll go to the Shanghai Jade Buddha Temple, which is one of Shanghai's must-see attractions. It is still an active temple with 70 resident monks at last count.

Next, you will have lunch at a local restaurant in downtown, afterwards, you will explore a pearl gallery or a silk museum.

After this, you will travel to the Yuyuan Garden, which is the only fully restored classical Chinese garden in Shanghai. It was inaugurated in the Ming dynasty and has a total area of over 73,000 square feet (23,000 sq meters), which shows perfectly the sophisticated art of combining several different elements and create a miniature world. With its ingeniously mingling pavilions and corridors, small hills and carefully selected and well-placed rocks, winding paths, trees, and lotus, there is something to delight everyone.

Finally, you will go to the Bund, located along the Huangpu River in the Huangpu District. At the end of your day, you will be brought back to your hotel.
View More
WHAT'S INCLUDED WHAT'S EXCLUDED
Why Book with Bookmundi
What are customers saying about Bookmundi
Average Reviews

NEED HELP OR HAVE A QUESTION ABOUT THIS TOUR?
If you have any question about this tour or need help with planning a trip, please do not hesitate to get in touch with us. We're ready to help.
Get help
hours 08 From US$ 165 See Group Discount
CHECK AVAILABILITY
Response Time: 1 hour Response Rate: 100% MAKE AN ENQUIRY