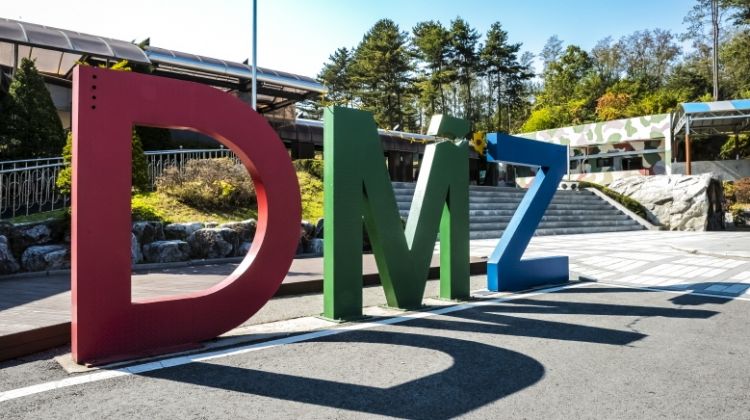 HIGHLIGHTS
Join us for a half day tour of the demilitarized zone (DMZ) between North and South Korea.

The DMZ
The armistice that put a halt to the Korean War (1950-1953) divided the Korean Peninsula into South and North Korea. The two sides are separated by the Korean Demilitarized Zone, or DMZ, running along the 38th parallel north. The DMZ is also a unique natural ecosystem, one that is globally acknowledged for its ecological value.

Imjingak
This park was built to console the refugees who left North Korea during the Korean War. At the park are the following attractions; Mangbaedan, an altar set up for refugees to bow in the direction of their ancestral graveyards; Freedom bridge, which was built to free 12,773 prisoners in 1953; Unification pond, which is in the shape of the Korean Peninsula; and the Peace bell.

The 3rd Tunnel
The third tunnel was discovered in October 1978, and is evidently designed for an invasion of the south.

Dora Observatory
The Unification Observatory is located on Odu mountain, in an area of superb scenic beauty with Han river and Imjin river. It was opened on September 8, 1992.

Dorasan Station
Dorasan Station is the northernmost station of South Korea, which is 700m distant from the southern boundary line of DMZ, the civil control zone. Since US president Bush visited Dorasan Station on February 20, 2002, it has come into spotlight internationally.
View More
CUSTOMER REVIEWS
5 - Excellent
Based on 1 review
Half Day DMZ tour
5 - Excellent
“Good Tour, took second time with the same travel company as before. Good explanation and very good arrangements based on time duration.”
WHAT'S INCLUDED WHAT'S EXCLUDED
Why Book with Bookmundi
What are customers saying about Bookmundi
Excellent
4.71 Average 318 Reviews

Other Practical Information1. DMZ closes every Monday and National Holiday. 2. Passport or Identification Card is needed on the tour day. 3. There is no restriction with age, nationality and dress code for DMZ Tour. 4. Pick-up service can be delayed depending on the traffic condition. 5. After the reservation is confirmed, pick-up service will be held at the location requested by the client. 6. Drop off Location is Cityhall or Itaewon area.
NEED HELP OR HAVE A QUESTION ABOUT THIS TOUR?
If you have any question about this tour or need help with planning a trip, please do not hesitate to get in touch with us. We're ready to help.
Get help
hours 06 From US$ 55
CHECK AVAILABILITY
Response Time: 2 hours Response Rate: 100% MAKE AN ENQUIRY