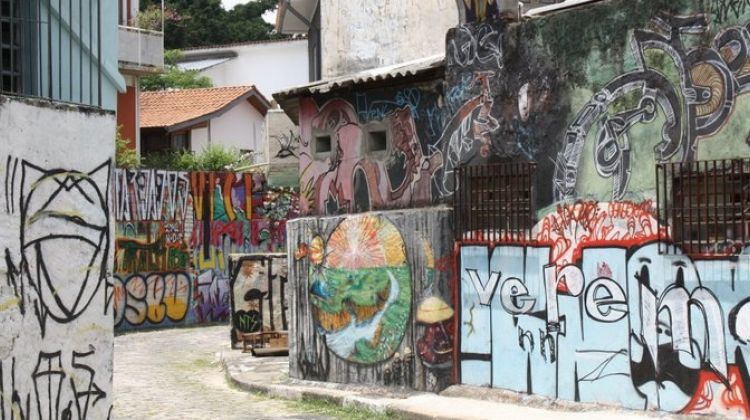 HIGHLIGHTS
This tour is ideal for those who want to get to know each attraction in detail and with no rush, giving due attention to each site we visit. Besides the attractions listed in the São Paulo City Tour Express, we will visit the following places:

If you want to see São Paulo’s top attractions and you’ve only got a few hours to spare, you’ll cover a lot of ground with this private city tour by vehicle and on foot!

Your informative local guide will accompany you on a walk through São Paulo’s historical downtown, and take you on a scenic drive through several city neighborhoods.

Enjoy guided commentary on 10 or more major landmarks including hotel pickup and drop-off.

Site of the city’s founding, this is the perfect place to learn about the history of São Paulo and about the cultural aspects of the Capital. During this part of the São Paulo City Tour – Express we will take a brief walk in order to take photos and hear some explanations from the guide.

Home to the world’s largest Japanese population in the world outside of Japan and the heart of the asian community in São Paulo, Liberdade is one of the most colorful neighborhoods in the city. It boasts diversified commerce and important tourist sites.

Founded at the end of the 19th century, Paulista Av. was the most luxurious street in the city, and as such was called home by São Paulo’s rich and powerful coffee barons. Currently, Paulista is one of the most important financial centers in the Capital in addition to being home to a wide variety of buildings which show off the city’s diverse architecture.

The city’s main park, which features a historically and architectually important group of buildings by world-renowned Brazilian architect Oscar Niemeyer (winner of the Pritzker Prize for arquitecture) and landscaping by Burle Marx. This part of the São Paulo City Tour – Express will feature a brief walk in which you can take photos and hear explanations from, and ask questions of your guide.

A vibrant building, inaugurated in São Paulo in 1932. Besides coming in contact with the Brazil great gastronomical variety, you will be able to try the famous pastel de bacalhau (a fried pastry with salt-cod filling) or a sandwich with more than 400 grams of mortadela (meals not included in price).

One of the most sophisticated and cosmopolitan neighborhoods in São Paulo, Jardins combines the urban beauty of high society with high finance and luxury commerce.

São Paulo’s most prominent bohemian neighborhood, replete with art studios and one of the main areas for urban art in the city. Here we will visit Praça do Pôr do Sol (Sunset Square), which boasts one of the most beautiful views in the Capital.
View More
WHAT'S INCLUDED WHAT'S EXCLUDED
Why Book with Bookmundi
What are customers saying about Bookmundi
Excellent
4.72 Average 308 Reviews

Other Practical InformationConfirmation will be received within 48 hours Adult pricing applies to all travelers Comfortable walking shoes are recommended
NEED HELP OR HAVE A QUESTION ABOUT THIS TOUR?
If you have any question about this tour or need help with planning a trip, please do not hesitate to get in touch with us. We're ready to help.
Get help
hours 05 From US$ 315 See Group Discount
CHECK AVAILABILITY
Response Time: 2 hours Response Rate: 100% MAKE AN ENQUIRY