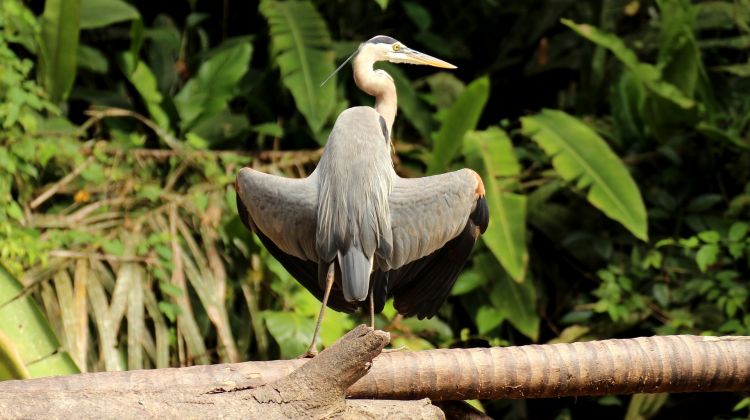 HIGHLIGHTS
The abundance of plant and animal species have made Tortuguero National Park, home to 57 species of amphibians, 111 species of reptiles, and 60 species of mammals, one of the most important conservation areas in Costa Rica. Join us on this five-day tour and experience the richness and biodiversity that this place has to offer.

Birds common along Tortuguero's canals include green and great-blue herons, egrets, belted kingfishers, anhingas, jacanas, sun grebes and several species of hawks and kites. Animals commonly sighted in the national park are fishing bats, three-toed sloths, iguanas, as well as and howler, white-faced and spider monkeys. Caimans are commonly seen in the waterways, which also are home to gars, manatees, crocodiles, crustaceans and an occasional bull sharks.

Head back to the capital city on the second last day of the tour. Please note that entrance fees to Tortuguero National Park is not included in the tour price. For more details, please go through the itinerary below.

QUESTIONS AND ANSWERS Find answers to the most frequently asked questions about this tour.
Ask a question
NEED HELP OR HAVE A QUESTION ABOUT THIS TOUR?
If you have any question about this tour or need help with planning a trip, please do not hesitate to get in touch with us. We're ready to help.
Get help
days 05 From US$ 685
CHECK AVAILABILITY
Response Time: 2 hours Response Rate: 100% MAKE AN ENQUIRY