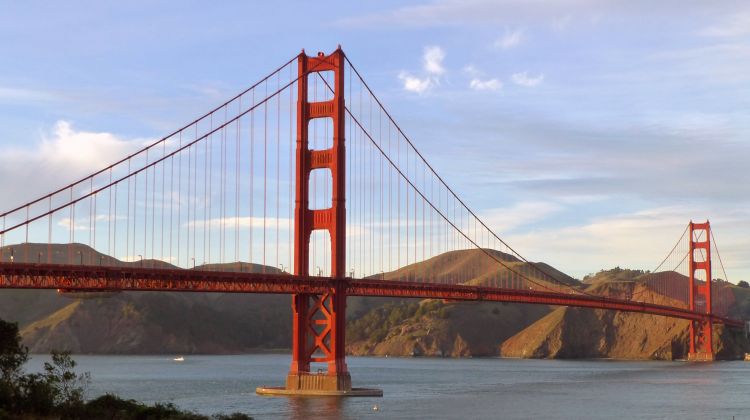 Sausalito Tour
Take this tour from North Vista Point to have the best views of the Golden Gate Bridge from an open top bus. From there you have breathtaking views of the San Francisco Bay (weather permitting), and on a nice day you can see the San Francisco skyline, Alcatraz Island and the Bay Bridge, making it a great photo stop for every visitor. The tour continues into Marin County and stops in charming Sausalito where you can hop off the bus, stroll around, shop, dine, visit various art galleries and enjoy a relaxing lunch by the waterfront.

San Francisco Night Tour
This live narrated 2 hour tour of San Francisco shows you the most vibrant neighborhoods of the city! With spectacular views from the top of an open top Double Decker bus, the tour covers all major sites of San Francisco and visits the most popular areas, such as Fisherman’s Wharf, Marina District, Nob Hill with its impressive Grace Cathedral, Union Square, Financial District, Chinatown. You will also cross the Bay Bridge with its spectacular light sculpture. On the other side of the Bridge you find yourself on Treasure Island with the best views of San Francisco’s skyline.
View More
WHAT'S INCLUDED WHAT'S EXCLUDED
Why Book with Bookmundi
What are customers saying about Bookmundi
Excellent
4.68 Average 345 Reviews

NEED HELP OR HAVE A QUESTION ABOUT THIS TOUR?
If you have any question about this tour or need help with planning a trip, please do not hesitate to get in touch with us. We're ready to help.
Get help
hours 48 From US$ 78
CHECK AVAILABILITY
Response Time: 3 hours Response Rate: 100% MAKE AN ENQUIRY