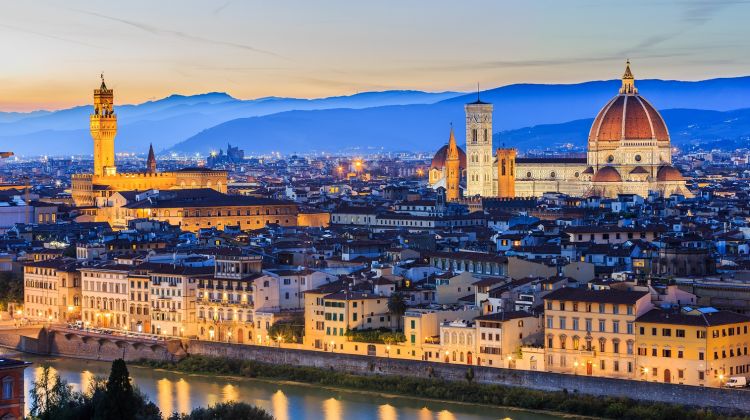 HIGHLIGHTS
From historic cities of Rome and Florence to the sprawling beaches of Nice and Monaco all the way to the hip, artsy city of Barcelona, this 9-day, guided tour will take you through some of the major European cities in 3 countries. Start your trip from Rome, a city steeped in history. See some of its major landmarks during a walking tour.

Head for Florence next. Admire the grand, ornate architecture of this city that gave the world Michelangelo. Take a train to Cinque Terre and explore the Italian region that is often considered to the Italian Riviera before heading for Nice, a city that was the playground of European aristocracy in the 19th century.

The last destination of the trip is Barcelona, the beautiful city that has provided the world with famous architects and fairytale buildings. Visit Sagrada Familia, widely considered to be one of the masterpieces of Catalan architecture. See some of the most important highlights of the 3 countries in southern Europe during this trip. For more information, please go through the itinerary below.
View More
ITINERARY Expand All
WHAT'S INCLUDED WHAT'S EXCLUDED
Why Book with Bookmundi
What are customers saying about Bookmundi
Excellent
4.71 Average 308 Reviews

NEED HELP OR HAVE A QUESTION ABOUT THIS TOUR?
If you have any question about this tour or need help with planning a trip, please do not hesitate to get in touch with us. We're ready to help.
Get help
days 09 From US$ 1,896 See Group Discount
CHECK AVAILABILITY
Response Time: 1 hour Response Rate: 100% MAKE AN ENQUIRY