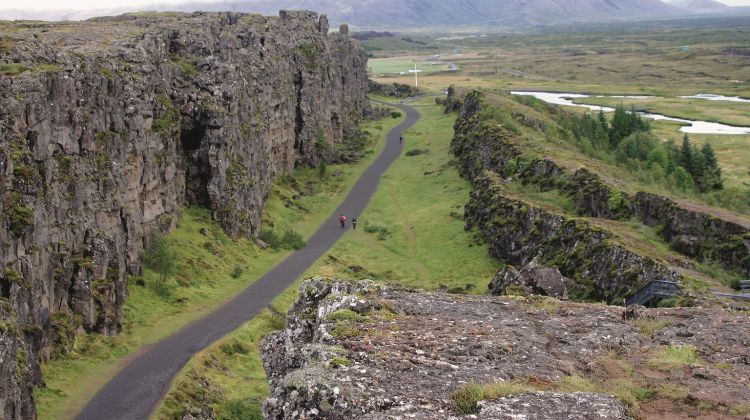 HIGHLIGHTS
Walking in the footsteps of characters from the gripping drama Game of Thrones is a unique experience you won't have anywhere else! Don't miss out on a once-in-a-lifetime opportunity to trek through remote and hard-to-find locations featuring black volcanic lava, lush green fields and canyons on this guided tour.

The first Game of Thrones episode that featured Icelandic landscape was aired during season two after producers became intrigued when they saw a photo of Gullfoss waterfall and decided to film some scenes in Iceland. Gullfoss has yet to be featured on the show but, after their first shoot, the producers fell in love with the incredibly diverse landscape and have filmed scenes in multiple locations in Iceland every season since.

If you are an avid watcher of the show, you are sure to enjoy this tour thoroughly. And even if you are not a diehard Game of Thrones fan, you will enjoy the tour anyway because of the astounding varied landscapes and the stories you can take home to tell your friends.
View More
WHAT'S INCLUDED WHAT'S EXCLUDED
Why Book with Bookmundi
What are customers saying about Bookmundi
Excellent
4.71 Average 329 Reviews

Other Practical InformationWe recommend dressing in warm and waterproof clothing, and wearing good hiking shoes for the rural sites visited. Please note that the tour commentary may contain strong language that might be inappropriate for children and/or sensitive individuals. To help ensure the quickest possible collection, we kindly ask you to stand by for pick up in front of your hotel or at your designated bus stop when pick up starts. Boarding the pick-up coach, please present your tour voucher. On return you'll be dropped off at the pickup point you were collected from or at the closest possible point. COVID-19 Safety Measures

NEED HELP OR HAVE A QUESTION ABOUT THIS TOUR?
If you have any question about this tour or need help with planning a trip, please do not hesitate to get in touch with us. We're ready to help.
Get help
hours 08 From US$ 128
CHECK AVAILABILITY
Response Time: 3 hours Response Rate: 100% MAKE AN ENQUIRY