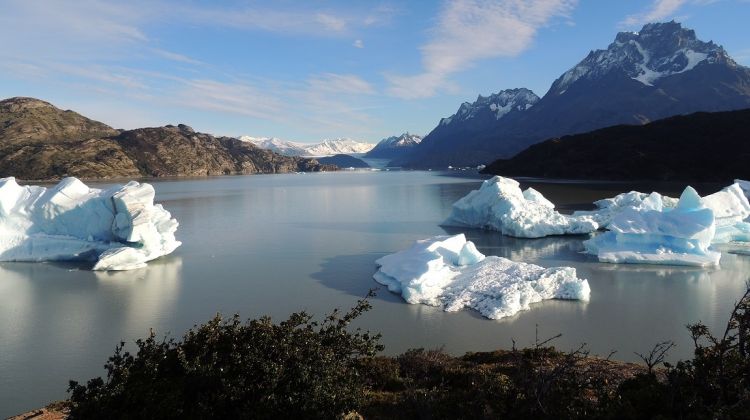 Previous Next
See Itinerary
HIGHLIGHTS
Enjoy our pickup service at 8:00 am in Puerto Natales and head directly to Torres del Paine National Park via Route 9 (park tickets not included in the tour price). Pass estancias (ranches) and valleys along the way until arriving at Cerro Castillo, a small town located on the Chilean/Argentinean border.

From here, your car will take you further north, passing through the Patagonian steppe until you eventually see the large mountains of the Paine Massif and reach the entrance of the park. On entering the park, explore the entire reserve from north to south, stopping at the most famous lookouts and taking small walks to see some of the diverse wildlife.

The common wildlife that you can spot in the area include Andean condors, black-chested buzzard-eagle, large herds of guanacos, grey and red foxes and maybe even a puma. Also see the famous towers of the Paine massif as well as the Cuernos del Paine and Paine Grande (the highest peak in the park).

Visit the Grey Glacier and see other glaciers and ice formations that emerge directly from the immense Southern Ice Field. Exit the park by crossing the Serrano River and driving through dense forests and mountains until arriving at the Cueva del Milodón Natural Monument, where you will have the opportunity to explore a large cave.

The most popular attraction of the reserve is the great cavern known as Cueva de Milodon. This cavern was originally inhabited by the famous prehistoric mammal called Mylodon darwinii, whose life-size cast the cave houses.

After this full-day trip ends, we will drop you off at your accommodation in Puerto Natales at approximately 18:00 pm.

NEED HELP OR HAVE A QUESTION ABOUT THIS TOUR?
If you have any question about this tour or need help with planning a trip, please do not hesitate to get in touch with us. We're ready to help.
Get help
hours 10 From US$ 475 See Group Discount
Sorry, this product is currently not available.
Response Time: 1 hour Response Rate: 100% MAKE AN ENQUIRY