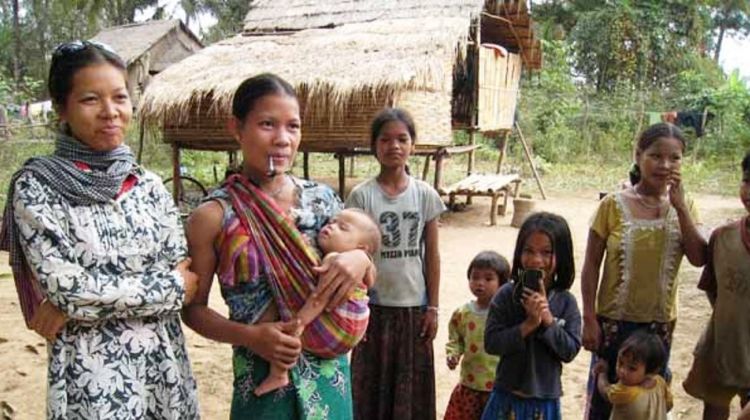 HIGHLIGHTS
Start in Phnom Penh, go on a cruise and have lunch on the Mekong River. A full day of the visit covering the local market, the Colonial District, the Royal Palace and the Silver Pagoda.

Later, you go upstream along the Mekong River to observe the freshwater dolphins in Kratie and a real ''off the beaten track'' tour through the Ratanakiri region in the northeastern part of Cambodia (3 days).
Go to the embarkation point on the Tonle Se San river and discover the most remote ethnic minority of Cambodia. You will go deep into the unusual Koh Peak village well-known for its traditional funeral totems.

Depart towards the Taveng village by four-wheel drive car. We will cross respectively the Norng Lek village, the Rumplan, the lava field and finally the Torng Kampoul village. Returning to the city, you will explore the gemstone mines in a surprising lunar landscape.

You will continue your visit at the forgotten temples of Beng Mealea, Koh Ker and discover the Preah Vihear temple which is situated atop a 525 meters cliff in the beautiful Dangrek mountains. 3 days in Siem Reap, you will discover the most important city of Cambodia where Khmer king had reigned over 500 years. In the ruin of archeological park, you will also explore numerous sites and the must-see temples: Angkor Wat, Angkor-Thom and Banteay Srei.

On the 12th day, you leave Siem Reap for former French colonial city of Battambang and take a private boat into Tonle Sap (the biggest natural lake in southeast Asia). You can only reach Battambang through Sangker river, a small body of water that flows through the province by following the upstream to the peaceful and pleasant town. On both the river bank, you will go deep into the Khmer rural life which is not changed since Angkor period. This city is also considered as the best French colonial architecture site in the country. It was once controlled by Siamese Army before handing over French in 1902. Its situation is the perfect base for visiting the Wat Phnom Banon, Ek Phnom temples and the nearby villages, the Angkorian period museum and possibly, the famous Bamboo Train.

On last day, you spend the entire morning on Silk Island before your return via flight. You will be transferred to the airport.
View More
ITINERARY Expand All
WHAT'S INCLUDED WHAT'S EXCLUDED
Why Book with Bookmundi
What are customers saying about Bookmundi
Excellent
4.70 Average 335 Reviews

NEED HELP OR HAVE A QUESTION ABOUT THIS TOUR?
If you have any question about this tour or need help with planning a trip, please do not hesitate to get in touch with us. We're ready to help.
Get help
days 15 From US$ 1,908 See Group Discount
CHECK AVAILABILITY
Response Time: 1 hour Response Rate: 100% MAKE AN ENQUIRY