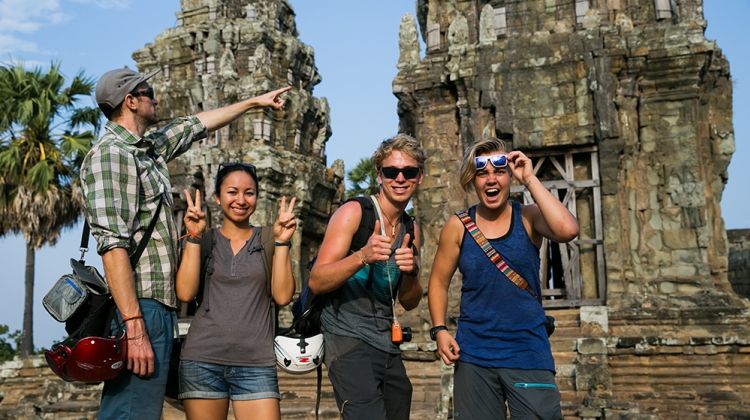 HIGHLIGHTS
You will be picked up from your hotel at 8.30 am for an amazing day tour of Phnom Penh.

We will pay a visit to the well-known Notorious Tuol Sleng Museum. Built on the base of a high school, this museum was used as the infamous S-21 by the Khmer Rouge regime from its powerful reign in 1975 to its collapse in 1979. Just being in the place gives you a bone-chilling experience as stories, legends and exhibits narrate the harrowing tales of hardships faced by the locals and the death toll which rose over 20,000.

Next up, you will visit the Killing Fields of Choeung Ek, which were used as a burial ground for more than a million people who were killed by the Communist Khmer Rouge regime. Spend some time digesting the difficult history and those heart-wrenching stories. Refresh yourself at a local restaurant time enjoying a delicious local lunch.

Visit the Ta Prohm, which was built in the late 12th century in the Bayon-style temple and left in the same condition in which it was founded – making it different from most of the Angkorian ruins. Proceed to the Yeay Peau temple before heading to a silk weaving village in Tonle Bati and the stunning temple of the Black Virgin at Prasat Neang Khmao.

Head back to your hotel where the tour ends at 6 pm.
View More
WHAT'S INCLUDED WHAT'S EXCLUDED
Why Book with Bookmundi
What are customers saying about Bookmundi
Excellent
4.69 Average 364 Reviews

NEED HELP OR HAVE A QUESTION ABOUT THIS TOUR?
If you have any question about this tour or need help with planning a trip, please do not hesitate to get in touch with us. We're ready to help.
Get help
hours 09 From US$ 138 See Group Discount
CHECK AVAILABILITY
Response Time: 1 hour Response Rate: 100% MAKE AN ENQUIRY