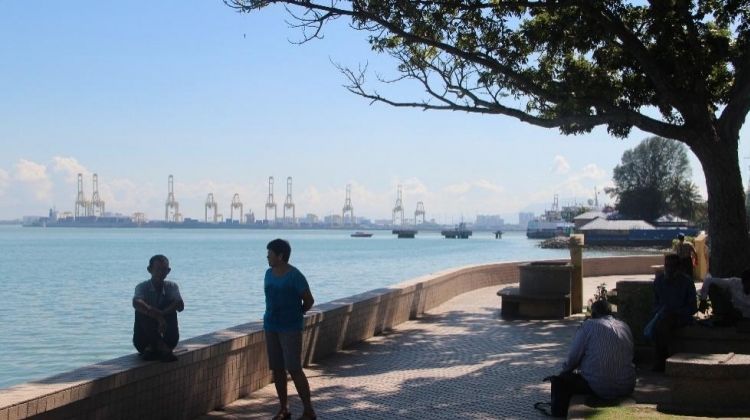 We hope you’re hungry! This Penang walking tour will set your taste buds salivating as you sample the best of the city’s street food scene. Your guide is a local foodie who will ensure you’re stuffed with sweet and savoury treats as you learn about traditional Malaysian cuisine. Along the way, take in some history as you wander old city streets, passing preserved heritage sites, and stopping at famed food spots like one of Penang’s oldest Chinese coffee shops and Indian Muslim restaurants. With Malay, Chinese, and Indian flavours in its street food, there’s no better way to literally taste the cultural diversity of Penang!
View More
CUSTOMER REVIEWS
4.5 - Excellent
Based on 5 reviews
Very Good
4.5 - Excellent
“This was a wonderful exploration of Georgetown's various food cultures. Our guide Juni ensured we had many opportunities to see how vendors prepared exotic food and they were always so welcoming and quite happy to be photographed as they worked. We ate only in authentic, local places - highly recommended.”
Very Good
4.5 - Excellent
“We loved both the KL food experience trip with Gabby and in turn booked another trip in Penang which was lead by Mr Yap. Both food experiences in KL and Penang were amazing and we had two really wonderful days of culture, food and discussion of local topics with our guides.”
Excellent
5 - Excellent
“A great way to get into the best street food in Penang.”
Excellent
5 - Excellent
“A fantastic way to sample a wide variety of foods in Penang in 3 hours - everything from sweet to savoury, liquid to solid. Guide made it easy and we didn't feel rushed. Walking through the markets on the weekend was great to see.”
Read more reviews
ITINERARY

Your Penang food tour starts with a breakfast visit to one of the oldest traditional Malaysian Chinese coffee shops, known locally as a kopitiam. This shop dates back to 1940, before the battles of the Malayan Campaign and Malayan Emergency. You will sample the traditional Malay breakfast of nasilemak (rice cooked in coconut milk) with chili paste and a boiled egg. You’ll also try prawn fritters and lobak, a five-spiced deep-fried pork roll that’s a delicacy in Nonya cuisine, while visiting one of Penang’s most popular lobak vendors (who also represented Penang at the Adelaide Food & Wine Festival!).

Next, you’ll head to one of the oldest markets in Penang, filled with various kinds of seafood, fruits, vegetables, and dried goods. Try some of the local seasonal produce such as rambutan, mangosteen, and dukong and, if you’re daring enough, the king of Malaysian fruit: durian. You’ll either love this fruit or hate it! You can also sample a variety of preserved fruits,including the nutmeg fruits for which Penang is famous.

There will be 8 to 10 stops in total, where you will taste delightful snacks, drinks, and desserts. You will explore historical streets with preserved heritage buildings and hidden back lanes. Along the way, your foodie guide will explain Penang’s street food culture and the heritage that brings such pride to Penangnites.

You will be able to savour more than a dozen food items during this three-hour Penang city tour. Penang showcases some of the best street food of Malay, Chinese, and Indian flavours — you’ll have the opportunity to taste assamlaksa (rice noodles in sour fish soup), char kuey teow (fried flat rice noodles), and murtabak (an Indian Muslim bread with meat fillings) in Penang’s oldest Indian Muslim restaurant, dating back to 1907.

Watch how crullers, called yutiao, are made, and feast your eyes on the large array of salted fish being sunned by a local salt fish vendor in one of Penang’s earliest low-income housing estates.

When it comes time for dessert, dig into a cool bowl of cendol, a serving of ice shavings with green doughy strips and red beans covered with coconut milk.

Your tour ends at the market, where you will have the opportunity to “tapau” (pack) some of the foodstuffs you want to bring home with you! (Check your country’s import laws to confirm what food products are permitted for travellers.)

Full payment of 57 USD is required to confirm this tour.

Tastes and Traditions in Penang tour requires that you have adequate and valid travel insurance covering medical and personal accidents, including repatriation costs and emergency evacuation. We recommend using World Nomads' travel insurance.

For this Tastes and Traditions in Penang tour getting the required visa(s) is the responsibility for each individual traveller, as visa requirements vary depending on your nationality. We recommend to check with your local embassies representing the countries that you are travelling to, as part of this itinerary.

Penang Road, opposite the police headquarter

NEED HELP OR HAVE A QUESTION ABOUT THIS TOUR?
If you have any question about this tour or need help with planning a trip, please do not hesitate to get in touch with us. We're ready to help.
Ask a question
TRIP DETAILS Expand All
hours 03 From US$ 57
Unlock US$ 3 in extra savings CHECK AVAILABILITY
Response Time: 3 hours Response Rate: 100% MAKE AN ENQUIRY
Excellent 4.5 Based on 5 Reviews