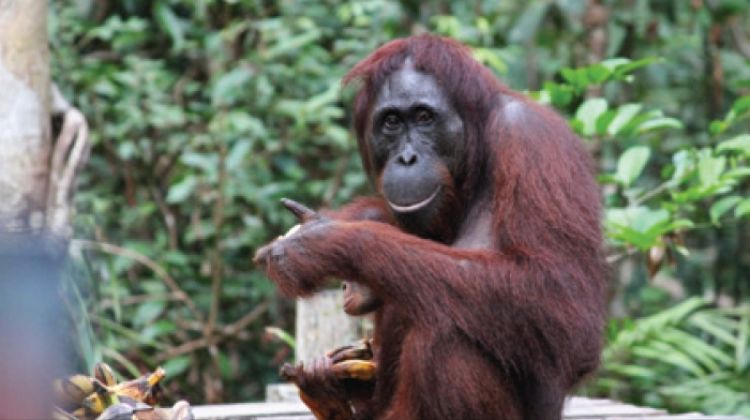 HIGHLIGHTS
This 5-day excursion will take you deep into Kalimantan, to explore the otherworldly secrets and biodiversity of one of the world's last true wilderness locations. By combining jungle treks, journeys to the interior on a lazy wooden houseboat and staying with the Dayak in their traditional longhouses, this trip provides you with an in-depth look at the fascinating traditions and proud cultural heritage of one of Indonesia's most storied and unique peoples; the Dayak tribe.

Kalimantan - The world's second largest island is home to steamy jungles which are 130 million years old (70 million years older than the Amazon Rainforest) and cover two-thirds of the land. In addition to the famous orangutan, there are more than 220 species of mammals and more than 400 bird species endemic to the island; making it a superb destination for rainforest exploration.

One of the best places to see Kalimantan's incredible biodiversity is Tanjung Puting National Park -an area of 416,040 hectares of primary forest, peat swamps, mangroves and coastal beach forest.

The island of Kalimantan also hosts a blend of cultures as rich as the biodiversity that surrounds them. The indigenous people of Kalimantan are the Dayak, whose artwork, costumes, traditions and songs can transport you into another world. Their ornate longhouses can be seen on the banks of rivers that snake their way through the jungle.
View More
ITINERARY Expand All
WHAT'S INCLUDED WHAT'S EXCLUDED
Why Book with Bookmundi
What are customers saying about Bookmundi
Excellent
4.71 Average 334 Reviews

NEED HELP OR HAVE A QUESTION ABOUT THIS TOUR?
If you have any question about this tour or need help with planning a trip, please do not hesitate to get in touch with us. We're ready to help.
Get help
days 05 From US$ 710 See Group Discount
CHECK AVAILABILITY
Response Time: 3 hours Response Rate: 100% MAKE AN ENQUIRY