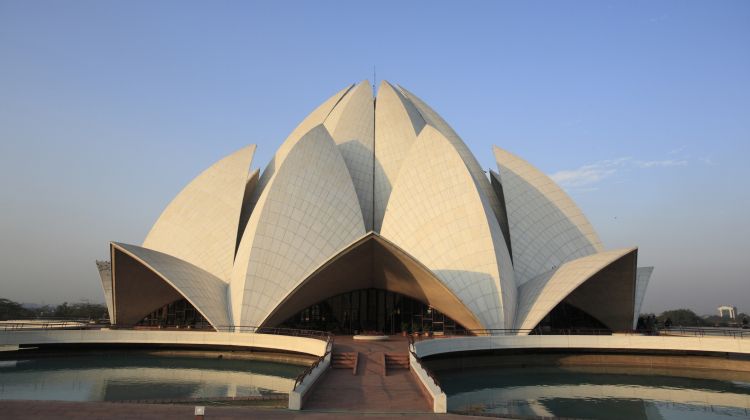 Tour with Flexible Booking Policy
HIGHLIGHTS
Delhi is not just India's capital city and a modern-day metropolis but a treasure trove of ancient and medieval heritages displaying stunning architectural beauty. Join us on this private, guided, eight-hour tour and discover this ancient city.

We will pick you up from your hotel or accommodation between 9:00 am and 11:00 am in the morning (you choose the time) and drive you to the tomb of the famous Mughal emperor Humayun. The tomb, located in Nizamuddin East, was declared a Unesco World Heritage site in 1993. It is also the first garden-tomb in the Indian subcontinent.

Visit  another Unesco World Heritage site, Qutab Minar, a soaring, 73-meter tower and the tallest brick minaret in the world. It was built in 1193 by Qutub-ud-din Aibak immediately after defeating Delhi’s last Hindu king. We will then take you to the Lotus Temple , the last of seven major Bahai temples that was built in 1986 out of pure white marble.

Head for Old Delhi now. Your first stop is Jama Masjid, a highly decorative mosque with three large gates, four towers and two 40-metre-high minarets constructed of red sandstone and white marble. Travellers can hire robes at the northern gate. This may be the only time you get to dress like a local without feeling like an outsider so make the most of it.

Travel to India Gate, located at the centre of New Delhi, next. This 42-metre-high archway commemorates the sacrifice made by 70,000 Indian soldiers who lost their lives fighting for the British Army during the World War I. We will then take you to the massive Red Fort, a historic fort that rises above the clamour of Old Delhi and was built by the Mughals.

We will drop you off at your hotel or location after the tour is over. Please note that entrance fees to the monuments is not included in the tour price.
View More
WHAT'S INCLUDED WHAT'S EXCLUDED
Why Book with Bookmundi
What are customers saying about Bookmundi
Excellent
4.71 Average 333 Reviews

NEED HELP OR HAVE A QUESTION ABOUT THIS TOUR?
If you have any question about this tour or need help with planning a trip, please do not hesitate to get in touch with us. We're ready to help.
Get help
hours 08 From US$ 32
CHECK AVAILABILITY
Response Time: 1 hour Response Rate: 100% MAKE AN ENQUIRY