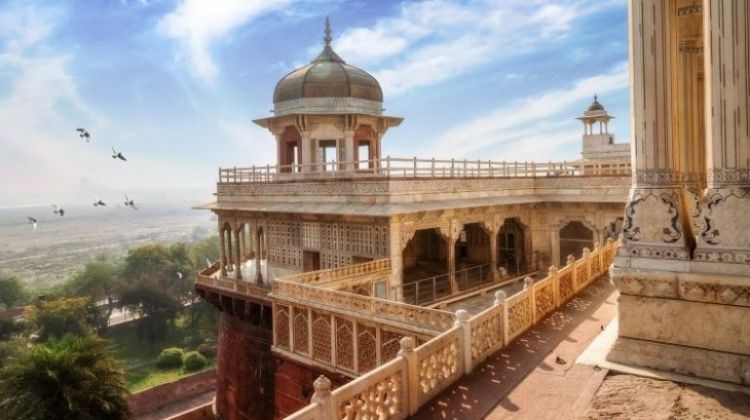 HIGHLIGHTS
If you are pressed for time or need to get back to Delhi on the same day then this is the perfect tour to see beautiful Agra, Taj Mahal and other famous monuments. Every day thousands of tourists from all over the world come here to witness the wonders of the Mughal period and, in particular, the pristine beauty of the Taj Mahal and other ancient sites, Itimad-Ud- Daulah, Sikandra, Red Fort, and Fatehpur Sikri.

Our tour starts at 6:00 in the morning in Delhi where we'll pick you up from your hotel and head towards Agra and the Taj Mahal, stopping at sites along the way. After arrival in Agra, we will visit the different monuments and also see the city of Agra. We will continue our drive back to Delhi later in the afternoon, and drop you off at your hotel. This tour involves pick-up and drop-off, a personal guide, driver and car, all the monument tickets, lunch, and drink.

The famed Taj Mahal is a white marble mausoleum designed by Mughal Emperor Shah Jahan in memory of his beloved wife. It is widely recognised as a jewel of Muslim art in India and as a unanimously admired masterpiece of world heritage. This site was designated a World Heritage Site in 1983.

Agra has come a long way from the day when tales of the Mughal riches and splendor were popular across the seven seas surrounding its fairy tale courts. Today it is like other northern Indian urban areas but still distinctive because it retains its medieval nature. Transport back to a different era with the serpentine bylanes, old homes, and markets crowded with people and goods. Walking through Agra's streets, you might even come across a small dim-lit workshop where artisans claim to be descendants of ancestors who served in Mughal courts.

Other Practical InformationTaj Mahal is closed on Fridays.
NEED HELP OR HAVE A QUESTION ABOUT THIS TOUR?
If you have any question about this tour or need help with planning a trip, please do not hesitate to get in touch with us. We're ready to help.
Get help
hours 13 From US$ 80 See Group Discount
CHECK AVAILABILITY
Response Time: 1 hour Response Rate: 100% MAKE AN ENQUIRY