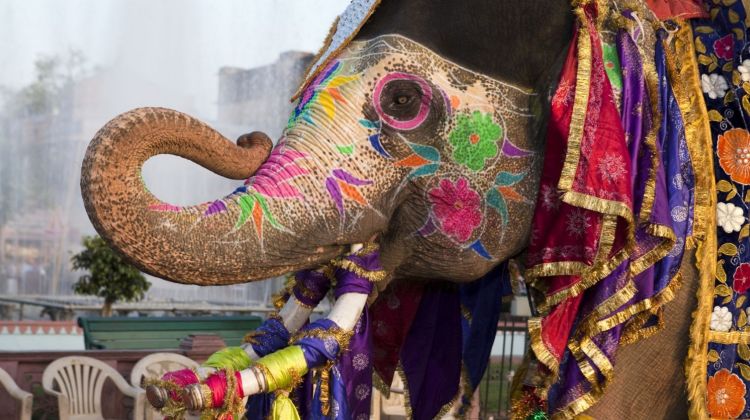 HIGHLIGHTS
India is a place full of adventure and excitement with its vast and colourful history. If you are planning to explore India for the first time then you should consider the GOLDEN TRIANGLE TOUR as it is a fantastic introduction to all that India has to offer.The Golden Triangle circuit includes three of India’s top cities - Delhi, Agra and Jaipur.

Delhi is the capital of India and the nation’s heart. It is a Historical city with a World Class modern Infrastructure. Delhi is famous for its culture, historical sites, street food and metro network. Delhi has many world class monuments including India Gate, the Red Fort, Qutub Minar,the Lotus Temple and Humayun’s Tomb.Most of the Heritage sites were built during the Mughal Peroid. Delhi Tourism Development Corporation, is responsible for attracting visitors to Delhi and promotes tourism by organising various cultural programmes and shows throughout the year.

Golden Triangle Tours
Agra, situated in northern India’s Uttar Pradesh state, is one of the most Ancient cities in India. The Taj Mahal, indias best known historical monument, is the main attraction in Agra. It is located on the banks of Yamuna river. Everyone should experience the beauty of the Taj Mahal at least once in their lifetime.The Taj Mahal was built by the Mughal Emperor Shah Jahan as the final resting place for his favourite Queen, Mumtaz. When in Agra it is worth visiting some of its other historical sites including Agra Fort and the deserted town of Fatehpur Sikri. As with Delhi many of the monuments in Agra were built during the Mughal period.Agra is not only known for its heritage but also for its hospitality, cuisine and friendly people.Agra is famous for its sweets and no visit would be complete without taking time out to sample some of the local delicacies.

Jaipur is the Capital of India’s largest state Rajasthan. You only need to take a look at the glorious stucco buildings lining Jaipur's wide streets to understand why this is nicknamed "The Pink City." Jaipur was founded on 18 November 1727 by Maharaja Sawai Jai Singh II and is a Royal City so there are many forts to be found in the surrounding countryside. Visitor attractions include the Hawa Mahal, Jal Mahal, City Palace, Amer Fort, Jantar Mantar, Nahargarh Fort, Jaigarh Fort and the Sri kali Temple. As well as its many monuments Jaipur is famous for its shopping and of course its local cuisine. The city offers the perfect place to buy antiques, jewelery, handicrafts, gems, bangles, pottery, carpets, textiles, leather work and metalwork. Some of the famous cuisine includes Dal Baati Churma and Missi Roti.

The best time to visit the cities included in the Golden Triangle tour is from October to March when the weather is at its most pleasant.

We kindly refer you to the itinerary for a day-to-day programme of this tour. As also indicated in the itinerary, you will be staying at 5 star hotels through-out the tour, to give you sufficient comfort.
View More
ITINERARY Expand All
WHAT'S INCLUDED WHAT'S EXCLUDED
Why Book with Bookmundi
What are customers saying about Bookmundi
Excellent
4.68 Average 345 Reviews

NEED HELP OR HAVE A QUESTION ABOUT THIS TOUR?
If you have any question about this tour or need help with planning a trip, please do not hesitate to get in touch with us. We're ready to help.
Get help
days 06 From US$ 950
CHECK AVAILABILITY
Response Time: 3 hours Response Rate: 100% MAKE AN ENQUIRY