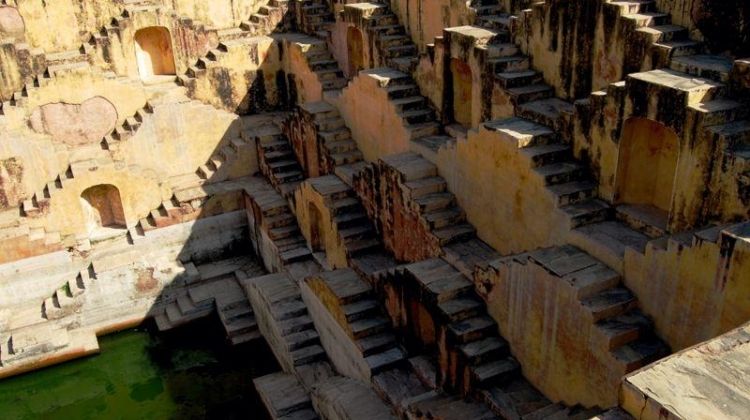 Tour with Flexible Booking Policy
HIGHLIGHTS Download trip notes
Starting and ending in New Delhi, the "Incredible India" trip is a guided cultural, religious and historic sites trip that takes 9 days. You will travel through New Delhi, Jaipur and Fatehpur Sikri in India. "Incredible India" is a small group trip which includes accommodation, transport, meals and others.

Our 9-day Incredible India takes you north, as we explore the Golden Triangle route of Delhi, Jaipur, Agra and includes unique activities and experiences to give you an authentic Indian holiday.

We'll start in India's capital city of New Delhi, which is home to an unforgettable collage of all the cultures, religions and languages. We'll also visit Old Delhi - which served as the home of the Mughal Empire centuries ago. You'll be mesmerised by Old Delhi's rich history, exquisite architecture and its tasty street cuisine, in contrast to the modern architecture and way of life in New Delhi.

We'll also stop at the 'Pink City' of Jaipur, the capital of India's Rajasthan state. We'll explore it's highlights such as Amber Fort, City Palace and the Jantar Mantar Observatory, whilst also taking in the beautiful craft and produce markets dotted all around us. While we're in Rajasthan, we'll also visit the village of Tordi - staying in a converted palace and exploring its remote village, which will give you great insight into the daily lives of the locals who call this rural area home.

We'll visit the massive stepwell at Abanheri, which boasts approximately 3,500 steps and 13 stories, before heading to Bharatpur for a guided cycle rickshaw ride in the Keoladeo National Park, exploring its wide variety of birdlife and other wildlife.

Next on the agenda is a tour of Fatehpur Sikri, a small, deserted city in northern India, just west of Agra. Built during the second half of the 16th century by the Emperor Akbar, Fatehpur Sikri was the capital of the Mughal Empire. A local villager will take us on a Mughal Heritage Walk through villages and farmland on the bank of the Yamuna River, giving us a stunning view of the Taj Mahal.

That won't be the only view you'll get of the Taj Mahal, as we take you on a sunrise tour of this spectacular monument before we head to Agra's Red Fort. We'll make one more stop, to a visit to the Akshardham temple to watch a spectacular multimedia water show.

We'll stay in comfortable mid-range modern-style hotels in Delhi and Agra, mixed with heritage hotels converted from Havelis and Palaces in Jaipur and Tordi, and a resort on the edge of Keoladeo National Park.
View More

No additional cancellation fees apply for this Incredible India tour. You can cancel the tour up to 56 days prior departure and avoid paying the full amount, but your deposit paid is non-refundable. No refund applies for cancellations within 55 days of departure.

For this Incredible India tour getting the required visa(s) is the responsibility for each individual traveller, as visa requirements vary depending on your nationality. We recommend to check with your local embassies representing the countries that you are travelling to, as part of this itinerary.

NEED HELP OR HAVE A QUESTION ABOUT THIS TOUR?
If you have any question about this tour or need help with planning a trip, please do not hesitate to get in touch with us. We're ready to help.
Get help
days 09 From US$ 1,325
CHECK AVAILABILITY
Response Time: 3 hours Response Rate: 100% MAKE AN ENQUIRY

Tour is operated by : Encounters Travel
6 Reviews
Currently 23:45 in Leeds MAKE AN ENQUIRY Response Time: 3 hours Response Rate: 100%
Download Trip Notes Enter your email to get a PDF file containing all the trip information for the Incredible India tour.
Trip Notes Sent
We have sent the trip notes for this tour to:

If you book the Incredible India tour within the next 5 days, you can get by applying the following code: