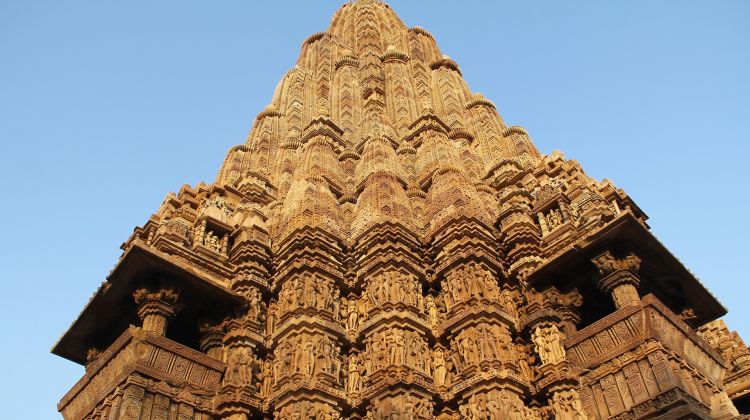 HIGHLIGHTS
Visit some of the major landmarks of India in this 10-day-long sightseeing tour of Northern and Central parts of India. Start your trip in Delhi and travel to Agra, Jaipur, Khajuraho, Varanasi and Sarnath. Take a rickshaw tour of Delhi, see its old markets, mosques and forts, among other places.

Your next stop is Agra, the Mughal city known for the iconic Taj Mahal. Travel to Jaipur, which also know as the 'Pink City'. After Jaipur comes Orchha, a town in Madhya Pradesh, known for the Fort of Orchha, Chaturbhuj Temple and Raj Mandir.

Explore the ruins of Khajuraho, a UNESCO World Heritage site. Visit Kashi, or Varanasi, which is also known as "the cultural capital of India". Go on a boat ride on the holy Ganges River. Visit Sarnath, 10 kilometres away from Varanasi, where the Buddha gave his first sermon after achieving nirvana. End your trip in Delhi. For more about this tour, please read the itinerary below.
View More
CUSTOMER REVIEWS
5 - Excellent
Based on 2 reviews
E
5 - Excellent
Amazing Golden Triangle and Varanasi trip
“I started the tour with some sight seeing in Delhi and continue with Agra and Jaipur tour. It was an amazing trip especially for solo trip and the first timer in India. Mr. Tarun Joshi and Rajesh from Agra both are very professional. They take care of me during my trip and make sure all run smoothly and I enjoy the trip. Mr. Saurav is a very great person, he take cares all of my requests especially visit to Varanasi very professional. If you plan a visit to India don't think twice just contact him and you will enjoy the trip and their service. I will come back again soon to visit another part of India.”
R
5 - Excellent
Golden Triangle with Khajuraho Village Tour
“We used Ghum India Ghum services on our recent Golden Triangle with Village tour. All people involved in tour were very professional and welcoming in nature. Saurav and Akshay were always in contact with us during tour. Highly recommended”
Ghum India Ghum responded to this review on 16 Sep 2019: “Dear Guest,
Greetings from Ghum India Ghum!!
Thank you for sharing such a lovely feedback. Its pleasure arranging your tour for Indian Golden Triangle tour package, Thank you for trusting us and everything end as per our plan. Your heart touching appreciating word keep us motivated to work hard and bring smile to all our guests. I will be happy to coordinate your next visit and urge you to write in with any requirement. My team and I look forward to maintaining a long and fruitful association with you.
Hope to welcome you back soon.
Warm Regards,
Sarvjeet Sankrit (Saurav)”
ITINERARY Expand All
WHAT'S INCLUDED WHAT'S EXCLUDED
Why Book with Bookmundi
What are customers saying about Bookmundi
Average Reviews

NEED HELP OR HAVE A QUESTION ABOUT THIS TOUR?
If you have any question about this tour or need help with planning a trip, please do not hesitate to get in touch with us. We're ready to help.
Get help
days 10 From US$ 620 See Group Discount
CHECK AVAILABILITY
Response Time: 1 hour Response Rate: 100% MAKE AN ENQUIRY