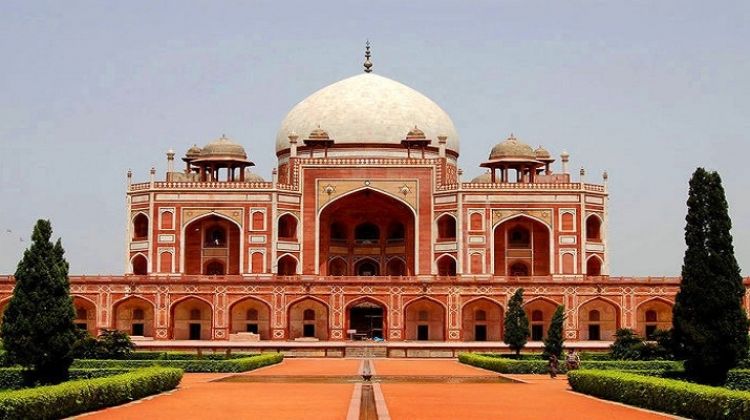 HIGHLIGHTS
Delhi stands as the capital of Modern India. Here, you can see the mingling of the Old and New India, the ancient and the modern.

It is made up of seven ancient cities, spanning the period from the 11th to 20th centuries, and has seen the rise and fall of many emperors which have left behind a plethora of monuments that commemorate the grandeur and glory of bygone ages. Very few cities in the world can express such a profusion of architectural styles.

Old Delhi was an ancient walled city. Mughal Emperor Shah Jehan in 1650 switched the Mughal capital from Agra to Delhi. Shah Jehan, who possessed an exquisite talent, particularly in architecture, created the seventh city and in the process brought about Delhi's glorious renaissance.

Here, you will see Red Fort, the most opulent of forts and Palace of the Mughal Empire. The fort is Shah Jehan's symbol of power and elegance, built behind red sandstone walls. Its main gate (Lahore Gate) faces Chandni Chowk, the perpetually congested avenue heading west. It is filled with twisting lanes, small streets and crowded bazaars. If you peer through a portico you may see a man getting shaved, silver being weighed, or any other conceivable form of intense commerce.

We will also visit Raj Ghat, the memorial site of the Mahatma Gandhi and Jama Masjid, the largest mosque in India.

New Delhi was designed and built by the British in the 1920's. It's a city of wide boulevards impressive government buildings, green parks and gardens. In 1911 King George V announced the transfer of the capital from Calcutta to Delhi. The King's architects, Lutyens and Baker, set in motion the design and construction of Delhi's eighth city - New Delhi. Lutyens designed an imperial city which had palatial-sized buildings set amid broad tree-lined avenues punctuated by Mughal style gardens, complete with fountains and shallow pools. It took 20 years to complete this immense undertaking only to have the British pack up and relinquish the subcontinent in 1947.

You will also visit two monuments from Delhi's past - Humayun's Tomb and Qutub Minar. Your drive takes you along the ceremonial avenue, the imposing India Gate and Parliament House.

At the end of the tour, you will be taken back to your hotel.
View More
WHAT'S INCLUDED WHAT'S EXCLUDED
Why Book with Bookmundi
What are customers saying about Bookmundi
Excellent
4.71 Average 334 Reviews

NEED HELP OR HAVE A QUESTION ABOUT THIS TOUR?
If you have any question about this tour or need help with planning a trip, please do not hesitate to get in touch with us. We're ready to help.
Get help
hours 08 From US$ 45 See Group Discount
CHECK AVAILABILITY
Response Time: 3 hours Response Rate: 100% MAKE AN ENQUIRY