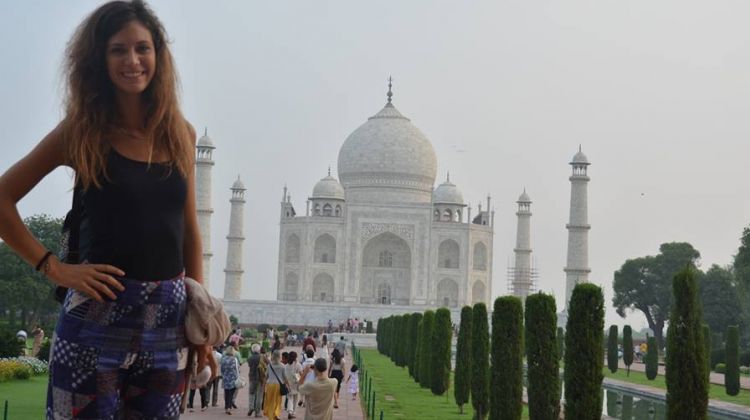 HIGHLIGHTS
Pick up from hotel in New Delhi & proceed to Agra by Car. This early morning our driver will pick you up and you will proceed to Agra. Midway you will stop for refreshment. Around 11:00am you will reach Agra City and will be taken straight to Taj Mahal. The Mughal City Agra is most famous for the Taj Mahal, one of the seven wonders of the world.

The Taj Mahal, an essential sight for all visitors to India is one of the most beautiful architectural achievements in the world, and is considered to be a symbol of enduring love. Shrouded in white marble the sheer elegance, purity and sentiment that are an integral part of the monument have touched the hearts of people from all corners of the world. This one of the seven wonders of the world and a world heritage site was built by Mughal Emperor Shah Jahan in a loving memory of his beloved wife Mumtaz Mahal who died while giving birth to their fourteenth child. Built in pure white marble Taj Mahal is located along the banks of the River Yamuna, the Taj spreads across almost 42 acres of land and it is believed that this particular spot was chosen by the emperor because of its peaceful and soothing effect. One of the seven wonders of the world, it stands as a tribute to undying love and all who visit it stand awed at the first impression created by this marvel in white marble

After lunch you will visit the Agra Fort constructed by Emperor Akabar in 1565 A.D and includes many other buildings like the Moti Masjid and Musanman Burj, where Shah Jahan is believed to have been imprisoned and died.

Around 5pm, finally you will proceed back to New Delhi along with an impression of the Taj Mahal and a sheer magic that it exudes making it an unforgettable and cherished memory forever. We will stop midway to have refreshment and then continue your drive to Delhi.
View More
CUSTOMER REVIEWS
5 - Excellent
Based on 1 review
A
5 - Excellent
Extended our tour to see Delhi and Agra
“We started in Delh with Mr Manooj as a guide and Mr Deepak as a driver. Both spoke English well and our guide was knowledgable and flexible with our tour. On-time pick up at out hotel. Keeping us safe and allowing us to see the sights was well done by Mr Manooj. We enjoyed our day tour. The next day we traveled to Agra with Mr Deepak and met our second guide Mr Chandel who's English was equally as good and his knowledge of the Taj Mahal enhanced our experience. Again our guide was flexible in our tour agenda. I would have liked a breakdown of what the day tour would entail but I could have asked too. Would recommend this company and BOTH guides.”
WHAT'S INCLUDED WHAT'S EXCLUDED
Why Book with Bookmundi
What are customers saying about Bookmundi
Average Reviews

Other Practical InformationConfirmation will be received at time of booking Child rate applies only when sharing with 2 paying adults Children must be accompanied by an adult May be operated by a multilingual guide A minimum of 2 people per booking is required Return to Delhi and to Airport or your hotel by road. Please note the journey between Delhi and Agra will take between four and five hours.
NEED HELP OR HAVE A QUESTION ABOUT THIS TOUR?
If you have any question about this tour or need help with planning a trip, please do not hesitate to get in touch with us. We're ready to help.
Get help
hours 12 From US$ 60
CHECK AVAILABILITY
Response Time: 3 hours Response Rate: 100% MAKE AN ENQUIRY