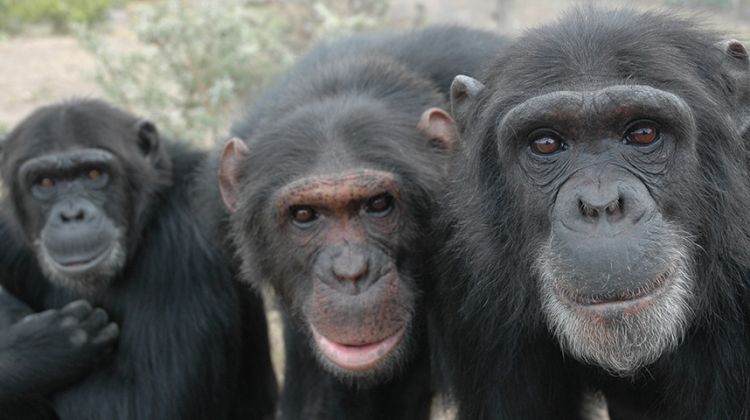 HIGHLIGHTS
This day trip will take you to the Ol Pejeta Conservancy for an interaction with chimpanzees and rhinos in the sanctuary.

Africa’s most iconic species hunt, graze, breed and fight for survival on the plains of Ol Pejeta every day, in an ecosystem that has the highest densities of wildlife in Kenya outside of the Maasai Mara. Using drones to monitor species populations, and smart fencing techniques that allow free movement of migratory wildlife, Ol Pejeta prides itself on being at the cutting edge of conservation innovation. As the largest black rhino sanctuary in East Africa, and the only place in Kenya to see chimpanzees, Ol Pejeta is also safeguarding some of the most vulnerable wildlife in the world, and advocating for change.

Around a three and a half hour drive north of Nairobi, the conservancy sits on the equator, high on a plateau, between the foothills of the Aberdares range and Mount Kenya. It hosts a wide variety of animals, including the ‘big five’, and many bird species. On a clear day, and normally in the morning, you have panoramic views of Mt Kenya and her snow-capped peaks.

Depart at 06:00 from Nairobi and head north into the fertile central highlands. You will pass roadside stalls selling fresh fruit and vegetables.

You will have a short stopover at the Equator for pictures and a short demonstration on Northern and southern hemispheres. At around 09:30, you will arrive at the entrance of Ol Pejeta Conservancy. During your game drive, you will have the opportunity to view the big five, as well as Kenya’s usual plains animals. There is also a chimpanzee sanctuary where these primates have been rescued from all over the world and brought here to be rehabilitated.

You will also get a chance to visit Baraka the blind rhino and informative conservation centre which has lots of interesting artefacts. For lunch, you can enjoy your picnic at the marshland which is a sighting spot for elephant and waterbuck or else you can opt to have lunch at Olpejeta Serena. At around 15:30 you will depart from Nanyuki, arriving in Nairobi around 18:30.

You will later be dropped at the airport or your residential hotel.
View More
WHAT'S INCLUDED WHAT'S EXCLUDED
Why Book with Bookmundi
What are customers saying about Bookmundi
Excellent
4.68 Average 348 Reviews

NEED HELP OR HAVE A QUESTION ABOUT THIS TOUR?
If you have any question about this tour or need help with planning a trip, please do not hesitate to get in touch with us. We're ready to help.
Get help
days 01 From US$ 290
CHECK AVAILABILITY
Response Time: 3 hours Response Rate: 100% MAKE AN ENQUIRY