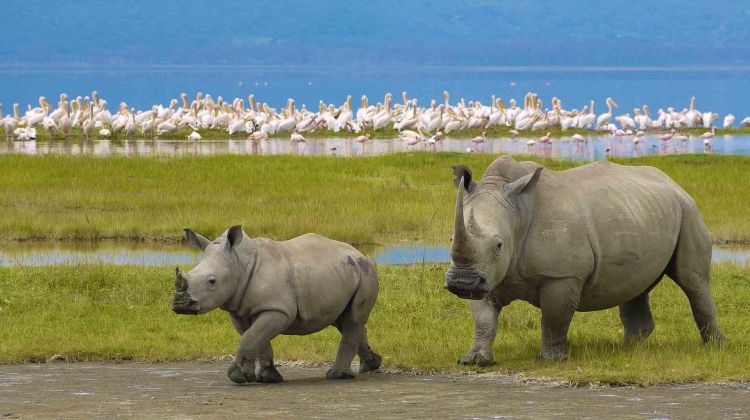 HIGHLIGHTS
This 6-day tour offers a glimpse of African wildlife and visits all the Big Five safari areas of Kenya, including Maasai Mara National Reserve, Lake Nakuru, Samburu National Reserve and an awesome adventure combination of nature, wildlife, history and great tales from the locals of the old days. The tour includes accommodation, meals and game drives.

First, head to Samburu Reserve, the rugged and remote game reserve on the banks of the Ewaso Ng'iro river. The reserve is home to several large game species including giraffe, zebra, and oryx as well as three of the big cats: the East African lion, Tanzanian cheetah and leopard. THere are also over 350 species of birds.

The tour ends by visiting the Maasai Mara National Reserve, which lies in the Great Rift Valley in Kenya and is one of the most popular reserves in all of Africa. Maasai Mara shares a border with Tanzania’s Serengeti National Park and is essentially a continuation of this park, forming the Serengeti-Mara ecosystem. The Masai Mara is African safari at its most iconic, a seemingly endless landscape filled with the drama of nature. Predators are thrillingly abundant, and the big cats define the rhythm on the plains every single day. Ungulates are diverse and plentiful, and astonishing numbers of four hooved animals cross the grasslands. Then there are the other giants, the elephants, giraffe, buffalo, hippo, even the elusive black rhino.
View More
ITINERARY Expand All
WHAT'S INCLUDED WHAT'S EXCLUDED
Why Book with Bookmundi
What are customers saying about Bookmundi
Excellent
4.71 Average 310 Reviews

NEED HELP OR HAVE A QUESTION ABOUT THIS TOUR?
If you have any question about this tour or need help with planning a trip, please do not hesitate to get in touch with us. We're ready to help.
Get help
days 06 From US$ 2,160
CHECK AVAILABILITY
Response Time: 2 hours Response Rate: 100% MAKE AN ENQUIRY