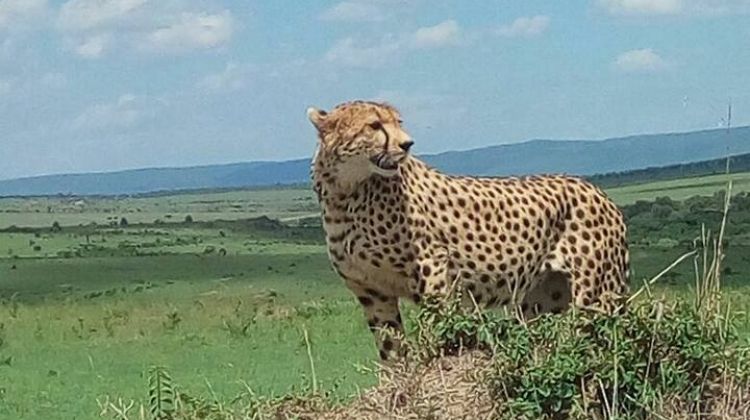 Enjoy fantastic game viewing drives in Maasai Mara National Reserve, Lake Nakuru National Park and Amboseli National Park. During the safari, we will also stop over at Rift Valley Viewpoint for breathtaking photographs of the Great Rift Valley. Early morning wake up to view Mt. Kilimanjaro against the backdrop of clear skies in Amboseli.

Maasai Mara National Reserve derives its name from the indigenous people of Kenya - the Maasai tribe - and the Mara River that cuts through the park. The Mara is also home to the richest concentration of wildlife, including the "big five" (elephants, lions, leopards, rhinos, and buffalo), zebras, antelope, gnus, oribis, hyenas, giraffes, warthogs, gazelles, hartebeests, hippos, crocodiles and others. The park has the largest concentration of African lions, including the black-maned lion.

Lake Nakuru National Park lies in Central Kenya, surrounded mainly by wooded and bushy grassland. The park supports a wide ecological diversity, and flamingos and other water birds are the major attraction of the area. The ecosystem provides for about 56 different species of mammals including the white rhino and buffaloes and a variety of terrestrial birds numbering nearly 450 species.

Don't miss out on this chance to see amazing African wildlife up close!
View More
CUSTOMER REVIEWS ABOUT SAFARIBOOK EVOLUTION
4.5 - Excellent
Based on 18 reviews
A
5 - Excellent
Angie's review for another SafariBook Evolution tour
“I had so much fun in Maasai Mara, it rained a little though in the evening, but did not stop the fun. So much wildlife, such friendly people, so much culture to learn from. Advise to anyone doing a safari for the first time, camping is not really camping as the accommodations have beds, bathrooms inside. I ended up going with SafariBook Evolution and was not disappointed at all, they provided a great service. Steve responded on my emails almost immediately and was very helpful with everything. (I recommend them 100%) Sam was our driver for our 3-day/2-night Maasai Mara tour and he really made the trip for us. He knew where to find the animals (though I think he got help from the radio call :D). Sam is super friendly, helpful, and is always had a smile. We were fortunate to see so many animals, the big 5 too. We stayed at the Mara Sidai Camp, which served us good food and had very comfortable, clean tents and beds with private bathroom. Our Maasai Mara tour was an unforgettable experience and I have Safaribook Evolution to thank for that. I will definitely recommend Safaribook Evolution and Mara Sidai Camp to all my friends.”
E
5 - Excellent
Ewa's review for another SafariBook Evolution tour
“It took us long hours of research and hundreds of emails exchanged before we have decide for tour operator so I would love to give you my opinion and recommendation for SafariBook Evolution. Hope this will help you out!
Firstly, why have we decided to go on Safari with SafariBook Evolution
Friendly and prompt communication with Steve (owner), flexibility and willingness to meet our needs and kind of gut feeling ;)
Booking process was very easy and at the end we put a trust in Steve and sent 75% of the payment - we were travelling to Zanzibar before and we did not want to carry that much cash.
My 2 friends and I, we went for 9 days safari with following itinerary: Tanzania starting in Arusha - Tarangire National Park, Lake Manyara with walk, Serengeti, Ngorongoro Crater, Empakai Crater, Kenya - Amboseli with walk. We had amazing guides, I could not wish for better company, we had a lot of fun and I learnt so much about animal, Masai culture and life of African people. In Tanzania our guide was Godlove Goodluck and in Kenya - Onesmus. We had also cook named Alifa - cooking is really his passion and food was tasty. Much better than in any African restaurant we had been :D
Everything was organized and yeah, sure, things did go sideway, as our car got broken, but what I appreciate is how the things were handled and what Steve did to make sure our trip is untouched (new car was sent, meantime rescue car camet to not lose any game drive etc). And to make it up Steve made us amazing surprise. We were flying out of Nairobi at 6 am so he arranged for us home stay at lovely Kenyan family. We had wonderful last night in Africa with his friends. We could not wish for more. Ah, one more great surprise from Steve! We had budget safari with basic accommodation to keep cost as lower as possible, and is like Steve would know us better, he booked for our last 2 nights amazing lodge with swimming pool and view on Kilimanjaro. After diving and 9 days in the car on bumpy roads this was like a dream!
I can honestly recommend SafariBook Evolution, Steve and his team for organization of your Safari. Steve - thank you so much for amazing experience and providing us great guides, this made all difference.”
H
5 - Excellent
Hannah's review for another SafariBook Evolution tour
“These guys are the best. Had a great safari. Did not really know what to expect, but everything was carried out perfectly. Thanks for a great safari and wildlife experience in Kenya! Maasai Mara is truly amazing - one not to be missed out on.”
Read more SafariBook Evolution reviews
ITINERARY Expand All
WHAT'S INCLUDED WHAT'S EXCLUDED
Why Book with Bookmundi
What are customers saying about Bookmundi
Excellent
4.68 Average 357 Reviews

QUESTIONS AND ANSWERS Find answers to the most frequently asked questions about this tour.
Ask a question
NEED HELP OR HAVE A QUESTION ABOUT THIS TOUR?
If you have any question about this tour or need help with planning a trip, please do not hesitate to get in touch with us. We're ready to help.
Get help
days 06 From US$ 980 Flat Rate
CHECK AVAILABILITY
Response Time: 2 hours Response Rate: 100% MAKE AN ENQUIRY 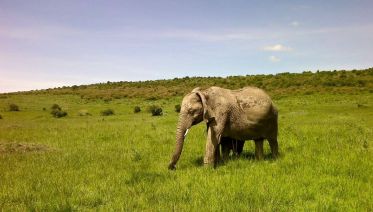 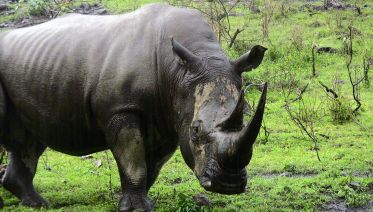 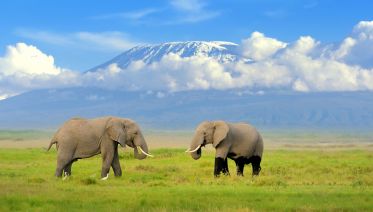 of 1 review
days6 From US$ 1,014
Other recommended tours
Related Kenya tours and trips
Kenya tour packages departing in
Welcome back!