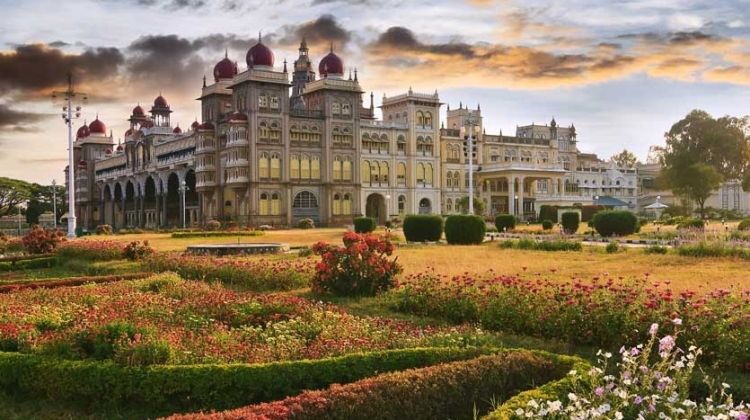 The pace of life in Southern and Eastern India is very different from the frenetic hustle and bustle of the north.  As it is too hot and humid to move really quickly; perhaps the calm of the greens and ambers of everyday life, just leads folk to slow down. The south is about beautiful food, relaxation, beaches and rural life. Kerala is becoming a world famous region to visit and not just for its stunning beaches, but also for its culture and the beautiful inland waterways.

Lesser known wonders such as Hampi or the garden city of Mysore are just as inspiring as the Taj, and drifting along the backwaters in a converted houseboat is just about as good as it can get in India.

But the eastern seaboard has some stuff that is seldom even heard about, but we know that after five days exploring the tribal lands of Odisha you will think about India in an entirely different way.  Throw in the explosion of chaos and noise in Kolkata and you have a trip that you will never forget

CUSTOMER REVIEWS ABOUT DRAGOMAN
5 - Excellent
Based on 1,020 reviews
L
4 - Very Good
Lesley's review for another Dragoman tour
“Like the fact that the cab was open through to the passenger section!”
K
5 - Excellent
Karen's review for another Dragoman tour
“I loved traveling with a bunch of different people to very remote places, camping in the wild and always having our truck Tallulah as a sort of "home" on the road.”
K
5 - Excellent
Kushal's review for another Dragoman tour
“Dragoman did an great job at picking a route with many attractions. The trip was very well organized. It was my first overland trip and will definitely not be my last.”
Read more Dragoman reviews
ITINERARY Expand All
Select Tour Version:
WHAT'S INCLUDED
Transport
Guide
Accommodation
Meals
WHAT'S EXCLUDED
Why Book with Bookmundi
What are customers saying about Bookmundi
Excellent
4.68 Average 345 Reviews

Local Payment The local payment is a group fund, paid separately from the trip price on the first day of the tour. It covers everything that the group does together on the ground. This is primarily hotel accommodation and campsite fees, meals whilst camping (but not while eating in restaurants), and included activities and puts money directly back to the local community. The local payment, or kitty system, is unique to overlanding tours and provides maximum flexibility and best value on the road - you can see exactly what is being paid for, you get everything at cost price, it keeps costs competitive by leveraging group expenses and saves on administrative costs. The fund is run by the tour guide, and any excess left over at the end is returned equally to the group. Local prices are estimated in USD when we print the brochure then reviewed monthly as local costs and exchange rates vary throughout the year. It's therefore important once you book your trip to check the website regularly and just before departure for any changes to the amount.
NEED HELP OR HAVE A QUESTION ABOUT THIS TOUR?
If you have any question about this tour or need help with planning a trip, please do not hesitate to get in touch with us. We're ready to help.
Get help
days 37 From US$ 4,610
Sorry, this product is currently not available.
Response Time: 3 hours Response Rate: 100% MAKE AN ENQUIRY