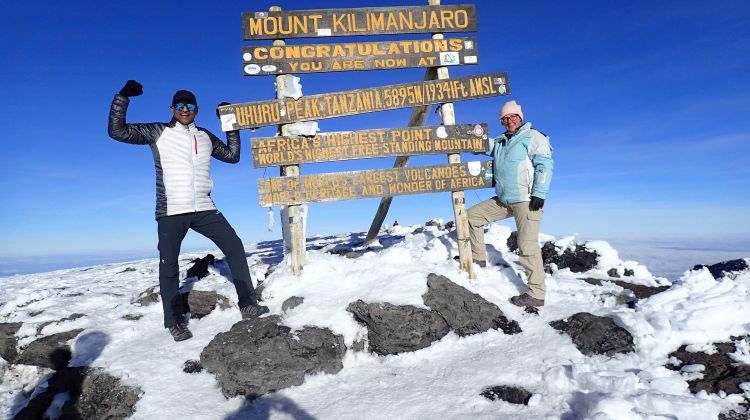 HIGHLIGHTS
Among all the routes used to climb the mighty Kilimanjaro, the Lemosho Route is a relatively new one. This route has less traffic compared with other routes and a high summit success rate at the same time. Join us on this seven-day, private, guided expedition and conquer Africa's highest mountain.

We will pick you up from your hotel or accommodation in Moshi and drive you to Londorossi Gate on the first day of the tour (one night's pre-tour accommodation included in the tour price). Hit the trail after all the formalities are done.

Spend the first two days travelling through a rainforest to reach Shira Ridge after which comes the Shira Plateau. Unlike the popular Machame Route, which only passes through a section of the plateau, the Lemosho Route crosses the entirety of the plain from west to east. The routs climbs upward from the plateau via Lava Tower, Barranco and Barafu (known as the southern circuit) to reach Kilimanjaro summit.

In addition to having less traffic, this route is considered by many to be the most scenic route to the top of the mountain. Enjoy panoramic vistas of the mountain from different angles during the trip. We will drop you off at your accommodation in Moshi after the tour is over.
View More
ITINERARY
Alt. in: ALTITUDE MAP
Expand All
WHAT'S INCLUDED WHAT'S EXCLUDED
Why Book with Bookmundi
What are customers saying about Bookmundi
Excellent
4.68 Average 348 Reviews

NEED HELP OR HAVE A QUESTION ABOUT THIS TOUR?
If you have any question about this tour or need help with planning a trip, please do not hesitate to get in touch with us. We're ready to help.
Get help
days 07 From US$ 1,980 See Group Discount
CHECK AVAILABILITY
Response Time: 3 hours Response Rate: 100% MAKE AN ENQUIRY