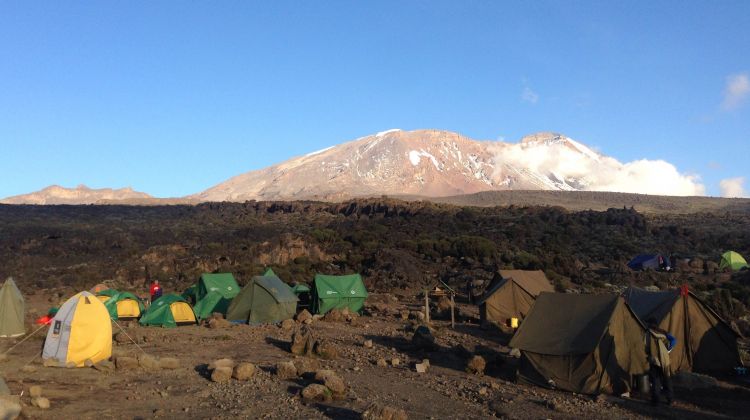 HIGHLIGHTS
The Rongai Route is the only route to ascend up the North side of the mountain, originating close to the Kenyan border. It is one of the less frequently used routes, mostly attributed to the long drive required to reach the gate on day one. This has its advantages though, as it is less crowded and therefore a quieter way to ascend Mount Kilimanjaro. It is also the only route which will give you a close view of Mawenzi Peak, Kilimanjaro's 2nd highest peak, as you sleep under it during night three.

This route meets up with the Marangu route upon decent, allowing climbers a different view of the mountain on the way down.
Although Rongai climbers do not experience the rain forest on day one, they are given the chance on the final day of the trek before reaching the Marangu Gate where the climb concludes.

We highly recommend the Rongai route and are looking forward to provide you with a fantastic climbing experience in Tanzania.
View More
ITINERARY
Alt. in: ALTITUDE MAP
Expand All
WHAT'S INCLUDED WHAT'S EXCLUDED
Why Book with Bookmundi
What are customers saying about Bookmundi
Excellent
4.68 Average 345 Reviews

NEED HELP OR HAVE A QUESTION ABOUT THIS TOUR?
If you have any question about this tour or need help with planning a trip, please do not hesitate to get in touch with us. We're ready to help.
Get help
days 07 From US$ 1,868 See Group Discount
CHECK AVAILABILITY
Response Time: 2 hours Response Rate: 100% MAKE AN ENQUIRY