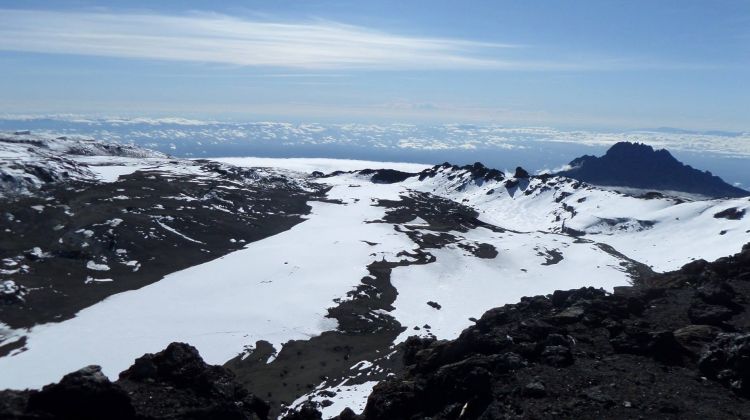 HIGHLIGHTS
One the seven main routes used to climb Mount Kilimanjaro, the Machame route is the most popular path. It is the route of choice for many people because it provides impressive views and a variety of habitats. About 50% of all climbers, and most seasoned climbers, choose the Machame route.

The Machame route is also known as the Whiskey route, given its reputation for being a tough climb, in contrast to the easier Marangu route, which is known as the Coca Cola route. Unlike the gradual incline and hut accommodations found on the Marangu Route, the climbers on Machame hike steeper trails, for longer distances, while sleeping in tents.

Despite it being a little more difficult it is highly recommended because it provides a fantastic trail and great views along the way. We are looking very to taking you on a trip of a lifetime.
View More
ITINERARY
Alt. in: ALTITUDE MAP
Expand All
WHAT'S INCLUDED WHAT'S EXCLUDED
Why Book with Bookmundi
What are customers saying about Bookmundi
Excellent
4.68 Average 349 Reviews

NEED HELP OR HAVE A QUESTION ABOUT THIS TOUR?
If you have any question about this tour or need help with planning a trip, please do not hesitate to get in touch with us. We're ready to help.
Get help
days 08 From US$ 1,875
CHECK AVAILABILITY
Response Time: 1 hour Response Rate: 100% MAKE AN ENQUIRY