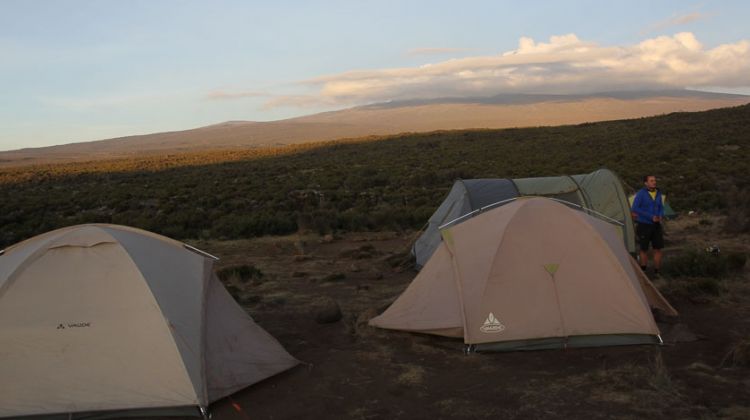 HIGHLIGHTS
This Kilimanjaro trip sees us approach the ascend to the summit from the Western side, using the Lemosho route. 2 hour from Moshi lies the gates to the Lemosho gate.

The Kilimanjaro Lemosho route is a scenic route where you will pass by fertile lands of West Kilimanjaro where barley and wheat flourish. On this side of the mountain you will also pass Maasai homes. This route is considered one of the most quiet and less frequented routes. It is, however, a comparatively longer route requiring 8 days. Using 8 days will mean also that you chance of summiting the mountain increases as your body has more time to acclimatise to the heights.

The Lemosho route traverses across the Shira plateau, one of Kilimanjaro's three peaks that has been eroded to the elements with time. We will then proceed onto Barranco, into the Karanga valley, to Barafu, Stella point and finally reach Uhuru peak, Mt Kilimanjaro's highest peak at 5,895 m.

We, at Pristine Trails Adventures, are looking very much forward to taking you on an adventure of a lifetime.
View More
ITINERARY
Alt. in: ALTITUDE MAP
Expand All
WHAT'S INCLUDED WHAT'S EXCLUDED
Why Book with Bookmundi
What are customers saying about Bookmundi
Excellent
4.69 Average 364 Reviews

NEED HELP OR HAVE A QUESTION ABOUT THIS TOUR?
If you have any question about this tour or need help with planning a trip, please do not hesitate to get in touch with us. We're ready to help.
Get help
days 08 From US$ 2,141 See Group Discount
CHECK AVAILABILITY
Response Time: 1 hour Response Rate: 100% MAKE AN ENQUIRY