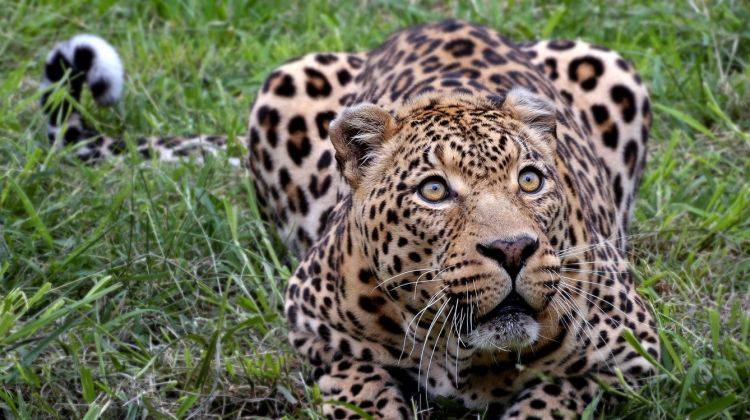 TOUR OVERVIEW
During this 4 days camping safari you will visit the Lake Manyara National Park, the Ngorongoro Conservation Area and the Serengeti National Park. What you can expect in this safari is to view everything ‘’big five and different wild species’’.

This 4 day / 3 night Tanzanian safari explores the world renowned north east corner of Tanzania. This area boasts the Serengeti Game Reserve, Ngorongoro and Lake Manyara. Although a short safari itinerary, it does cover some good distance offers very contrasting areas. The safari departs from and returns to Moshi.
Before the tour start our professional tour guides will meet you at the hotel and briefing you about the tour.
View More
CUSTOMER REVIEWS ABOUT ENOSA EXPEDITIONS
5 - Excellent
Based on 73 reviews
V
5 - Excellent
Victoria's review for another Enosa Expeditions tour
“Enosa was awesome to work with while planning our trip. Professional and prompt with their responses. While on our trek everything went very smoothly and even when we had to change our plans mid-trek they were incredibly accommodating. They were excellent to deal with in every way and I highly reccomend them to anyone planning to go to Tanzania.”
M
5 - Excellent
Mariah's review for another Enosa Expeditions tour
“Let me just start off by saying out of all the places I have been, and tour companies I have dealt with, this is by far the most transparent, hassle-free, complete package company you could deal with.
From start to finish, my brother and I shopped different companies, but found this one as the best priced, least pushy, and most friendly.
My brother and I did 7 Day Mount Kilimanjaro trekking through Lemosho route and Enosa was excellent through-out. We were met as expected at the airport and transferred directly to the hotel (a very nice hotel called Kilimanjaro Wonders Hotel). That evening we had a briefing with our guides Regan and Roger who were extremely informative and put all our minds at rest (as we were a bit nervous about starting the climb the next day).
Our guide, Regan, and asst. guide Roger provided us with nothing but the best service the entire way up the mountain. Regan presented us with our entire crew from the very start of the hike, (I had read prior that sometimes guides will try and add an additional non-existent porter to collect more tip at the end) and made us laugh and enjoy our entire trip. Ronald was an honest man, someone who could be trusted, and you could see the respect that his team had for him the whole way up. Without Roger I wouldn't have made it to the top, and both of them constantly watched us and made sure that safety was the first priority.
Climbing Kilimanjaro was probably the most challenging, but also the most rewarding thing that we had ever done. Our crew was amazing sorting out all the food, water, tents etc. so we could just focus on getting to the top without anything else to worry.
Overall I would definitely recommend climbing Kilimanjaro as an experience and doing it with Enosa Expeditions.
If you are thinking of climbing Kilimanjaro, the best advice I could give would be do some decent training and make sure you get good kit (particularly a very warm sleeping bag and a good day rucksack). I'd also recommend the Lemosho route, as you ascend quite slowly (we hiked over 7 days in total) which gave plenty of time for acclimatisation to the altitude. A couple of us suffered from some altitude symptoms early on and had we done one of the shorter routes I don't think we could have acclimatised before summit day.”
A
4 - Very Good
Review for another Enosa Expeditions tour
“Five months ago I was in Tanzania and I did Mount Kilimanjaro trekking as well as I did two days safari trip in Manyara National park and Serengeti National Park.
For Mount Kilimanjaro I used Lemosho route, am not aware about other route but the tour company which organised our tour suggested this route because they had a group which was going by that day. After Mount Kilimanjaro I did two days safari in Manyara and Serengeti. Enosa Expeditions is a company which organised my tour and they did everything for me including booking for hotel and accommodation was very nice, they had good tour guides. I would like to compliment them because they are so professionals.
I like to advice other guys not to be scared to do Mount Kilimanjaro trekking because is not difficult as other people think. The most important thing is to get good tour company”
Read more Enosa Expeditions reviews
ITINERARY Expand All
WHAT'S INCLUDED WHAT'S EXCLUDED
Why Book with Bookmundi
What are customers saying about Bookmundi
Excellent
4.68 Average 349 Reviews

NEED HELP OR HAVE A QUESTION ABOUT THIS TOUR?
If you have any question about this tour or need help with planning a trip, please do not hesitate to get in touch with us. We're ready to help.
Get help
days 04 From US$ 1,800
CHECK AVAILABILITY
Response Time: 1 hour Response Rate: 100% MAKE AN ENQUIRY