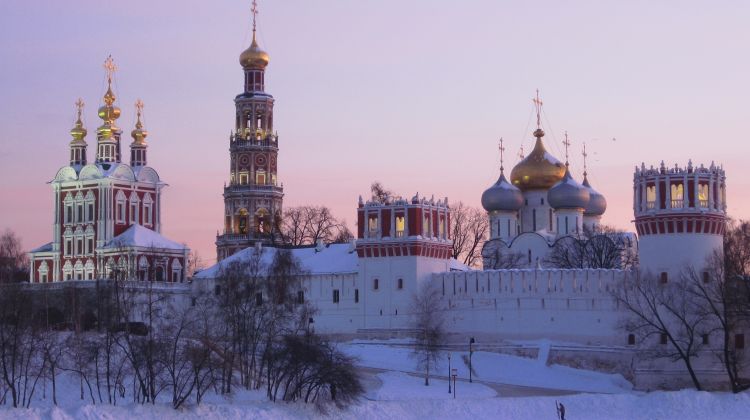 HIGHLIGHTS
Russia has sometimes been described as a nation of two souls. While Moscow represents the traditional tsarist Muscovy, with its Orthodox faith and a nearly 900-year-old history, Saint Petersburg represents the other Russia, the nation of artists and intellectuals who always turned west for inspiration.

Join us on this 10-day, guided tour of Russia and cover both these cities as well as the Golden Ring, a cluster of ancient towns and cities. Start with a city tour of Moscow and see some of the city's most important highlights before heading for Vladimir and Suzdal, two of the cities that are part of the Golden Ring.

Reach Saint Petersburg on the sixth day of the tour and enjoy a river cruise in the city built on 42 islands. Discover some of the greatest works of art in the Hermitage and admire the opulence of the Catherine Palace. Learn more about the man behind the Kirov Ballet during a visit to the Kirov’s Flat Museum.

We will drive you to the airport in Saint Petersburg after the tour is over. For more details, please go through the itinerary below.
View More
ITINERARY Expand All
WHAT'S INCLUDED WHAT'S EXCLUDED
Why Book with Bookmundi
What are customers saying about Bookmundi
Excellent
4.71 Average 334 Reviews

A deposit of 50% is required when booking this tour. The remaining balance will be charged 130 days prior departure. For any bookings within 130 days of departure, the full tour amount will be charged upon booking.

NEED HELP OR HAVE A QUESTION ABOUT THIS TOUR?
If you have any question about this tour or need help with planning a trip, please do not hesitate to get in touch with us. We're ready to help.
Get help
days 10 From US$ 2,600 See Group Discount
CHECK AVAILABILITY
Response Time: 2 hours Response Rate: 100% MAKE AN ENQUIRY