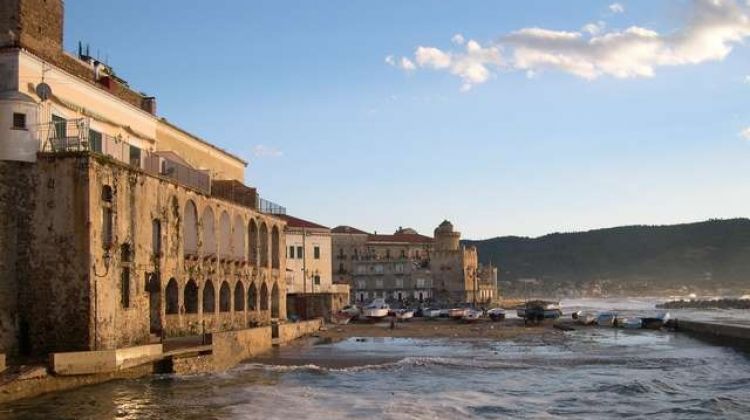 HIGHLIGHTS
Explore the stunning, culturally-rich region of Campania and the Cilento National Park on this 6-day self-guided cycling tour.

The region of Campania has been known as a paradise on earth since ancient times. The Greeks built some of their most impressive temples here and under the Romans, it became known as Campania Felix or the Happy Land. When travelling through this region one becomes overwhelmed by its wealth of cultural and natural attractions, from the great city of Naples to the well-known Costiera Amalfitana, with its towering cliffs and picturesque coves.

But Campania’s real secret is located south of Salerno. Here the coastline bulges out into an expanse of a mountainous landmass known as the Cilento, now one of Italy’s biggest National Parks, with World Heritage listing.

Inland, the Cilento is largely undisturbed by the 21st century and you will encounter few other tourists along your way. You will cycle past world-famous cultural sites, through pristine natural areas and dreamy coastal scenery. Your trip will take you on small country roads passing through rough mountain scenery, as well as attractive countryside, with vineyards and olive groves.

During the whole tour, you will stay close to the coast, so you’ll have many occasions to alternate the cycling with a swim or relax on an empty beach. You will cycle past the archaeological site of Paestum on your way to a genuine mozzarella farm and climb up to some nice viewpoints on the coastal plain. Further on you will cycle around Monte Stella, dotted with several typical medieval hamlets, and continue along the coast towards the tiny fishing villages of Acciaroli and Pioppi to the Greek site of Velia. From here the coastal route goes a bit higher up, passing through the charming medieval towns of Ascea and Pisciotta, before descending to the sea close to Cape Palinuro again.

The last part of your route takes you along the stunning coast to one of the pearls of the southern coast, Marina di Camerota. A great panoramic ride along the lower slopes of the Bulgheria Mountain – and perhaps a last swim off one of the wonderful beaches is the superb ending to this great cycling tour.
View More
CUSTOMER REVIEWS
5 - Excellent
Based on 1 review
Thank you for a great time!
5 - Excellent
“I am finally back in a chilly Cape Town having had the most blissful break. It was truly great to meet all of you and thank you for the most wonderful week. I shall have abiding memories of our week together. Who can forget all the lovely pasta, piadini, large caprese salads, pizza, beer, ros and ice cream with great cycling and magnificent scenery to boot. The fruits and flowers of Italy will also always stay with me. A huge thank you to you Peter bellissimo, molto bello! Love to you all.”
ITINERARY Expand All
WHAT'S INCLUDED OPTIONAL ADDONS (Available during check-out) WHAT'S EXCLUDED
Why Book with Bookmundi
What are customers saying about Bookmundi
Excellent
4.71 Average 329 Reviews

Other Practical InformationLevel of difficulty: Moderate. Mostly moderate rides but inevitably with several climbs, only a few of which are really strenuous. All roads are well paved and mostly quiet, with little traffic except for some stretches near Paestum during the first two days and the last. Extensions or shortcuts are possible on some days. Fitness: Some experience of bicycle touring and a good general physical condition will certainly make your travel experience more enjoyable. You should be able to cycle for several hours a day even in hot dry weather conditions.
NEED HELP OR HAVE A QUESTION ABOUT THIS TOUR?
If you have any question about this tour or need help with planning a trip, please do not hesitate to get in touch with us. We're ready to help.
Get help
days 06 From US$ 0
Sorry, this product is currently not available.
Response Time: 1 hour Response Rate: 100% MAKE AN ENQUIRY