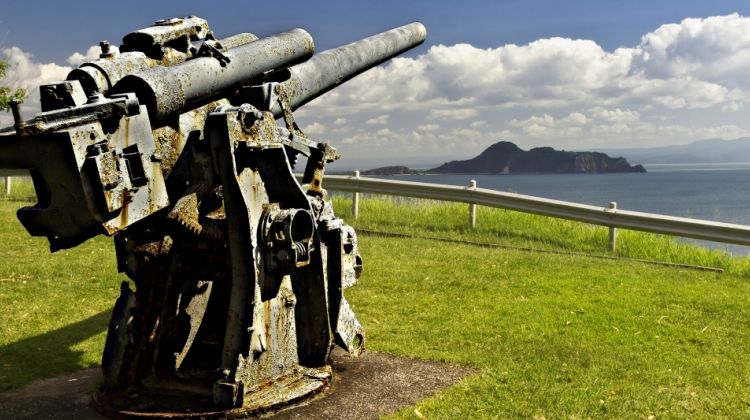 HIGHLIGHTS
Visit the site where one of the most celebrated battles during World War II took place!

Guarding the entrance to Manila Bay, lies Corregidor Island. This tadpole-shaped island, nicknamed “the Rock,” provided the first line of defense for the Filipino and American soldiers from the invading Japanese forces during the WWII.

Re-live history by partaking in the Malinta Tunnel Light and Sound Show which chronicles the events that shaped the center of American operations during the war. Then visit the Mile Long Barracks that served as the quarters of some 2,000 US officials including General Douglas MacArthur. We’ll take a quick detour to the Spanish Lighthouse which offers a spectacular view of Manila Bay and the South China Sea.

Additional sights include the batteries displaying the various guns from the time and the Pacific War Memorial, one of only two memorials built by the US government to mark the war.

This tour includes round-trip transfers to/from the island in an air-conditioned coach, the entrance fees, and an accredited tour guide.

We look forward to providing you with a memorable tour!
View More
WHAT'S INCLUDED WHAT'S EXCLUDED
Why Book with Bookmundi
What are customers saying about Bookmundi
Excellent
4.70 Average 335 Reviews

Other Practical InformationHOTEL PICKUP SCHEDULE: Pickup times are approximate. You will receive a precise pickup time upon calling to reconfirm your tour 24 hours before departure. Please be in the hotel lobby 20 minutes prior to given departure time.
NEED HELP OR HAVE A QUESTION ABOUT THIS TOUR?
If you have any question about this tour or need help with planning a trip, please do not hesitate to get in touch with us. We're ready to help.
Get help
hours 09 From US$ 135
CHECK AVAILABILITY
Response Time: 1 hour Response Rate: 100% MAKE AN ENQUIRY