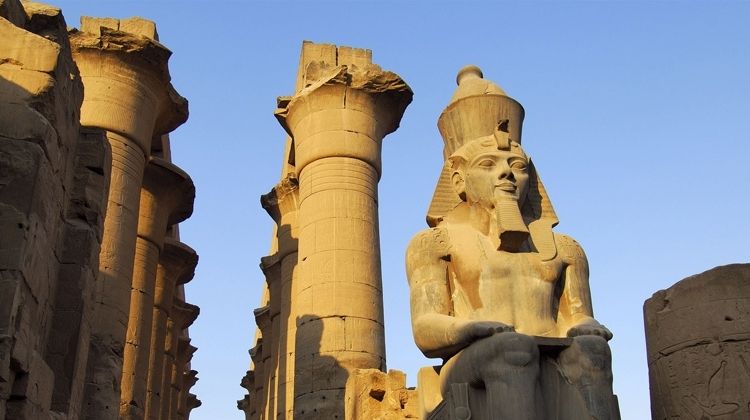 HIGHLIGHTS
At 7:00 am, we pick you up from your hotel or Nile Cruise in Luxor or even from Luxor airport by our guide.

You will then be transferred by private A/C vehicle to the West Bank where you will visit the Valley Of The Kings, the magnificence of the grandeur of architecture which was used for burial.

There are many kings buried in this valley. The most well-known tombs are King Tutmosis I, Tutmosis III, Tut-Ankh-Amon, King Ramssess VI, King Mrenptah and AmonhotepII.

We pay a visit to the temple of Queen Hatshepsut, also known as El Dir El Bahari. The temple was built by Queen Hatshepsut, the daughter of Thutmosis I, who ruled Egypt for about 20 years during the 18th Dynasty (approximately 1490-1469 B.C). She was the only pharaonic woman who reigned ancient Egypt.

Then continue your day tour to the Colossi of Memnon which is the remains of the mortuary temple of Amenhotep III.

Lunch Break at a local restaurants based on full meal for each person, but beverages are not included.

Then transfer to the East Bank visits in Luxor to continue your day tour visiting Karnak Temple, the greatest example of worship in the history, dedicated to the God Amon, his wife Mut and their son Khonsu.

Finish your day tour by visiting the Temple Of Luxor. It was built by Amunhotep III in 18th Dynasty in the New Kingdom and it was completed by Ramses' II during the 19th Dynasty.

Later you will be driven back to your hotel in Luxor. The tour can also be ended at Luxor airport.

View More
CUSTOMER REVIEWS
5 - Excellent
Based on 1 review
East-West Bank full day trip
5 - Excellent
“I arrived the Luxor in the early of morning around 06:05 And We met Ms Salwa,my Tour Guide around 07:00.The tour starts with the temple of Hetseptshut, which was covered by sands for years.Temple has great place where the sun set.Then we move through the valley of kings,on the road we stopped near by the master pottery house whose grand grandfather was worked for Carter.After we bought some lovely stuff, we head through the tombs by taking great information from our lovely intelligence guide,Ms Salwa.We finished our journey after visiting Temple of Luxor and the Temple of Karnak which were most excited and spectacular monumantel areas.I kindly invite you to come to Egypt and see those amazing history and ofc you can feel amazing with the right hands,bookmundi
Regards”
WHAT'S INCLUDED WHAT'S EXCLUDED
Why Book with Bookmundi
What are customers saying about Bookmundi
Excellent
4.71 Average 332 Reviews

NEED HELP OR HAVE A QUESTION ABOUT THIS TOUR?
If you have any question about this tour or need help with planning a trip, please do not hesitate to get in touch with us. We're ready to help.
Get help
hours 08 From US$ 100
CHECK AVAILABILITY
Response Time: 1 hour Response Rate: 100% MAKE AN ENQUIRY