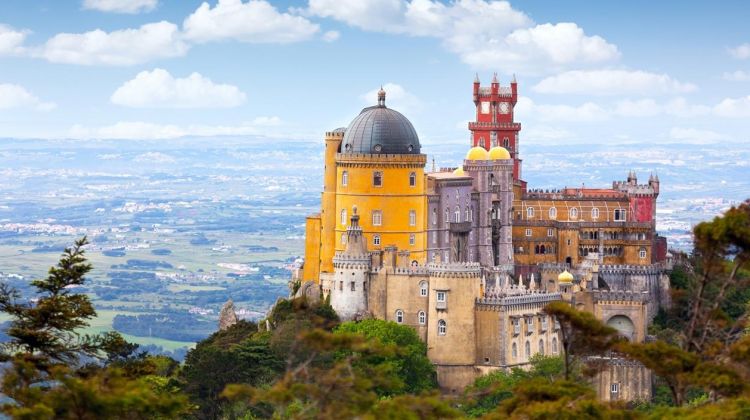 HIGHLIGHTS
"An unforgettable and must do tour while in Lisbon"

Take a Private day tour (up to 8 people) to the breathtaking Sintra village, Cabo da Roca, Cascais and Estoril. Departures from Lisbon, Cascais or Estoril. Lose yourself in the rich cultural history of Sintra and Cascais on an enriching full-day tour from Lisbon. Travel in an air-conditioned vehicle to the majestic Palácio da Pena, a fairytale castle considered an architectural wonder, and then enjoy some relaxed free time in the historical center of Sintra Village. Admire the spectacular scenery of the Sintra-Cascais National Park on the way to Cabo de Roca, the westernmost point of central Europe, and then stroll the cobbled streets of Cascais village.

We will pick you up at your accommodation or hotel to spend a memorable day with a genuine charming guide that will show you all the most emblematic locations and help you learn their history on the way. Amazing and exclusive day guaranteed!

The itinerary for the day will be as follows:

**Pena Palace**
Visit to the "Palácio da Pena" (Pena Palace) - considered as one of the Seven Wonders of Portugal.
It stands on the top of a huge cliff at 500m altitude in the Sintra mountains and displays a wide variety of architectural styles. It was built in the 19th century by D. Fernando II, on the ruins of an old convent. In addition to the majestic interior, the castle park features plants and trees from various parts of the world as well as unusual paths and stone benches. It has been classified as a UNESCO World Heritage Site.

**Sintra Historical Center**
Visit Sintra Village Historical Center with free time to taste the traditional "Travesseiros de Sintra"
The Historical Village of Sintra is one of the most known and romantic Portuguese villages. Due to its palaces, woods and the fog typical of its mountains, Sintra has become a magical place with countless legends to tell.

You will have free time to see this beautiful village and also the small and charming traditional shops, antique shops, restaurants and historic cafes but above all the landscape that has already inspired countless artists, writers and kings.

**Optional visit to the Palácio Nacional (National Palace) of Sintra or Quinta da Regaleira**
The National Palace of Sintra is Portugal's best preserved medieval royal palace and was a favorite of the Portuguese nobility, dating back to the 8th century, time of the Moors until the end of the XIX century. It is situated in the heart of the village and has become a symbol of Sintra with its cone-shaped chimneys.

Quinta da Regaleira, with its palace and many places of charm and mystery is one of the most sought after places in Sintra. It is about four hectares of land, where buildings arise amidst diverse trees and beautiful gardens and what awakens an atmosphere of mystery and secrecy are all the symbolisms that are scattered throughout all buildings. One of the great attractions is the Initiation Well, also called "inverted tower". It has a spiral staircase with 27 meters of depth that represents the axis mundi - axis that connects the Earth and the Sky.

**Drive through the National Park of Sintra-Cascais until we reach Cabo da Roca (Roca Cape).**
We will pass through the wonderful Sintra National Park until arriving at Cabo da Roca, the most western point of continental Europe that was mentioned by our acclaimed Luís de Camões as the place "Where the earth ends and the sea begins." It is a place of natural beauty, with imposing cliffs of 150 meters high.

A few centuries ago, there was a fort that played an important role in the defense of Lisbon and the third oldest lighthouse on the Portuguese coast is still here in operation. Here the landscape is breathtaking and an absolute bliss for photography lovers.

**Cascais Village & Boca da Inferno**
Here you'll have free time to see Cascais Village and Boca do Inferno.
Cascais is an old fishing village that since the nineteenth century has developed a lot, but in the twentieth century it became the well-known village that is nowadays and many nicknamed the Portuguese Riviera.

You can admire the beautiful marina and also Boca do Inferno, a much sought after and appreciated place where the force of the sea has created cavities in the limestone, thus creating a natural bridge formed in the stones.

**Estoril**
Panoramic view over Casino Estoril. Estoril has one of the most beautiful leisure areas by the sea with fine sand beaches and crystal clear water. Along the coast we find besides an extensive beach, Casino Estoril, the largest casino in Europe but also where the famous secret agent, James Bond, was conceived. Portugal was a neutral country in the 2nd World War, which attracted people from the spy networks on both sides of the coin.

This made Estoril a veritable nest of war spies. It was at this time, that Ian Fleming stayed at the Hotel Palácio de Estoril and spent his time at the Casino, where he met the Morse code, lived with spies in the bars and took Martini with them. In this way, he had the main references to create James Bond, who is also always accompanied by his Martini on the scene.

After the tour, your likely expression is going to be - Waugh! What a nice day, Portugal is truly charming and beautiful.
View More
CUSTOMER REVIEWS
5 - Excellent
Based on 1 review
Awesome tour!
5 - Excellent
“Great day with Ricardo who was so knowledgeable. He made our day comfortable and enjoyable. Wonderful tour. Wonderful guide!”
WHAT'S INCLUDED WHAT'S EXCLUDED
Why Book with Bookmundi
What are customers saying about Bookmundi
Excellent
4.72 Average 304 Reviews

Other Practical InformationWe will pick you up at your accommodation in Lisbon, Cascais or Estoril between 9h and 9h45 am. Pick-up hour depends on your location. Please provide us your accommodation address (hotel, hostel or other). Once you book we will contact you with exact pick-up time.
NEED HELP OR HAVE A QUESTION ABOUT THIS TOUR?
If you have any question about this tour or need help with planning a trip, please do not hesitate to get in touch with us. We're ready to help.
Ask a question
hours 08 From US$ 103 See Group Discount
CHECK AVAILABILITY
Response Time: 3 hours Response Rate: 100% MAKE AN ENQUIRY

Tour is operated by : Genuine Tours Portugal
13 Reviews
Currently 23:54 in Lisboa MAKE AN ENQUIRY Response Time: 3 hours Response Rate: 100%
YOU MAY ALSO LIKE 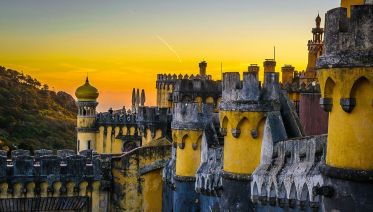 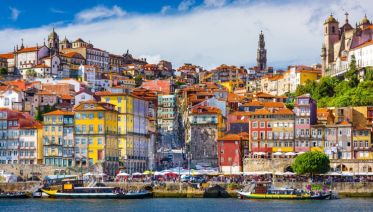 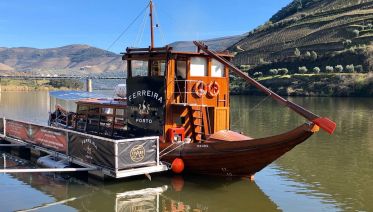 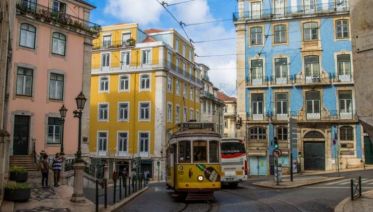 days7 From US$ 1,349 US$ 1,090
Other recommended tours
Related Portugal tours and trips
Portugal tour packages departing in
Welcome back!