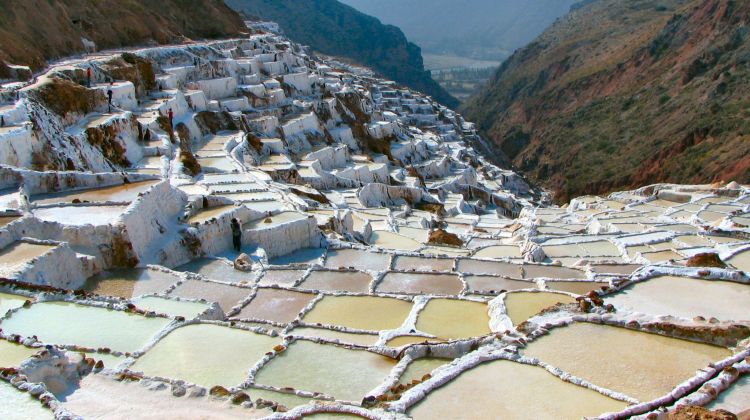 HIGHLIGHTS
This eight-day private tour will take you through the most destination constructed by the Incas while also allowing you to take a glimpse of Peru's colonial heritage. See the major highlights of Liuma during a guided sightseeing tour. Visit Parque de Amore and Parque Bolivar. See the grandeur of the city from Plaza San Martin and take a trip to the the world heritage site of the Monastery of San Francisco, considered a fine example of the 17th century Spanish Baroque architectural style.

From this city unfurled one of the most remarkable empires in the history of mankind. The Incas expanded their frontiers in less than one hundred years from the north of Quito in Ecuador to Santiago de Chile far south. In the east, they reached Argentina.

Learn more about Inca history and culture, as well as about Peruvian culture and traditions, with your knowledgeable tour guide. You have the option to stay in three, four or five star hotels during this tour. Please see the detailed itinerary for more information.
View More
ITINERARY
Alt. in: ALTITUDE MAP
Expand All
WHAT'S INCLUDED WHAT'S EXCLUDED
Why Book with Bookmundi
What are customers saying about Bookmundi
Excellent
4.71 Average 276 Reviews

CANCELLATION 40% Deposit payable upfront. Remaining balance payable 60 days prior to trip departure. Free cancellation up to 60 days prior departure, but the 40% deposit paid is non-refundable. No refund applicable within 60 days of departure.
NEED HELP OR HAVE A QUESTION ABOUT THIS TOUR?
If you have any question about this tour or need help with planning a trip, please do not hesitate to get in touch with us. We're ready to help.
Ask a question
days 08 From US$ 971
CHECK AVAILABILITY
Response Time: 2 hours Response Rate: 100% MAKE AN ENQUIRY