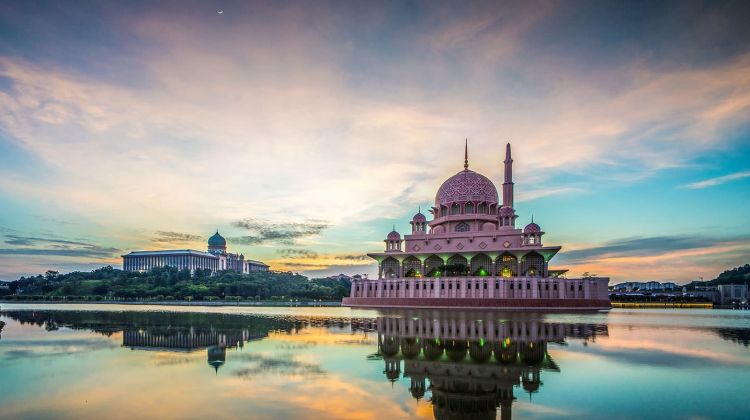 HIGHLIGHTS
Putrajaya, a place where modern technology meets tradition! The garden city of Putrajaya houses the world’s first intelligent garden as well as several of Malaysia’s official government buildings. The city is a hub that connects the past, the present and the future. On this half-day tour, experience the beautiful mix of traditional & futuristic architecture of this charming city.

Spread over 4,581 hectares, Putrajaya is often compared to a resort due to its unusual architecture and city planning. The city’s multiple nature parks, shopping centers, water parks and a museum seamlessly mesh together with its government buildings.

Due to fast-tracked development, Putrajaya has become a major attraction in Malaysia. On this tour visit seven stops that cover all the major attractions in the city, including the imposing pink granite Putra Mosque. Your driver on the tour will serve as your guide.

Other Practical InformationConfirmation of your booking will be sent by email after you make your online payment Hotel pickup and dropoff from hotels and residence situated within 3 km radius from the Twin Towers Pick up and dropoff from hotels on the outskirts will be chargeable according to the distance, and you may pay the additional charge directly to the driver Kindly ensure your contact number filled with country code. We contact you via What's App and update you driver details one day before the tour
NEED HELP OR HAVE A QUESTION ABOUT THIS TOUR?
If you have any question about this tour or need help with planning a trip, please do not hesitate to get in touch with us. We're ready to help.
Get help
hours 04 From US$ 35 See Group Discount
CHECK AVAILABILITY
Response Time: 1 hour Response Rate: 100% MAKE AN ENQUIRY