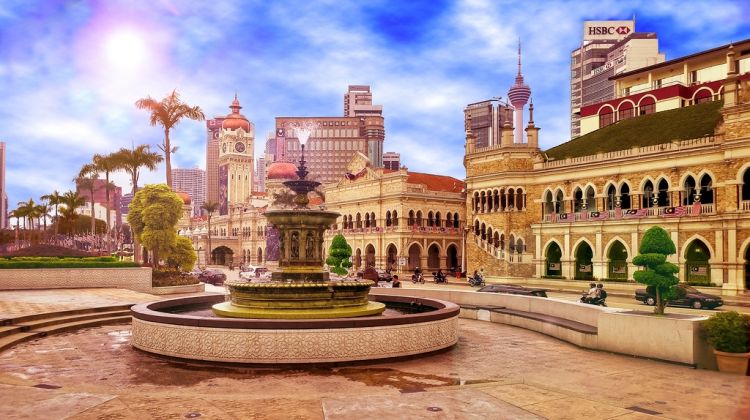 HIGHLIGHTS
Kuala Lumpur is the sixth most visited city in the world, with 8.9 million tourist per year. Its popularity stems from its mix of diverse culture, relatively low costs and wide gastronomic and shopping options. This guided day tour of Kuala Lumpur and the Batu Caves is perfect to explore the city to its fullest within a short period of time.

Visit the Petronas Twin Tower, the pride of Malaysia; Golden Triangle, the busy business and shopping hub; the National Monument; Independence Square and the Railway Station, with its colonial architectures.

You will be picked up and dropped off at any location within 5 km radius of the Twin Towers.

View More
CUSTOMER REVIEWS
5 - Excellent
Based on 1 review
J
5 - Excellent
Private tour for 5
“Knowledgeable guide/driver who let us set our own pace and offered us just the right mix of facts and local information. We had booked a private tour for our small group of 5 and this worked perfectly for us.”
WHAT'S INCLUDED WHAT'S EXCLUDED
Why Book with Bookmundi
What are customers saying about Bookmundi
Excellent
4.68 Average 345 Reviews

Other Practical InformationHotel pickup and dropoff is available for all accommodations located around Kuala Lumpur City Center, within 5 km radius of the Twin Towers Confirmation of your booking will be sent by email after you make your online payment. You may save it in your phone for your reference Kindly provide your contact number with your country code when you key in your contact details as you will be contacted via What's App with updates from time to time
NEED HELP OR HAVE A QUESTION ABOUT THIS TOUR?
If you have any question about this tour or need help with planning a trip, please do not hesitate to get in touch with us. We're ready to help.
Get help
hours 4.5 From US$ 30 See Group Discount
CHECK AVAILABILITY
Response Time: 3 hours Response Rate: 100% MAKE AN ENQUIRY