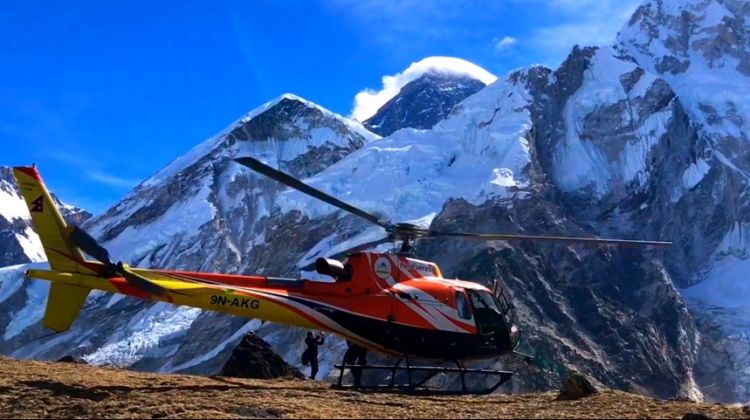 HIGHLIGHTS
This helicopter tour of Mt. Everest is perfect for those who wish to check out unique views of Mount Everest and get closer to its surrounding peaks. This tour lets you fly over the the highest mountain of the world and check out some of the most magical mountain sceneries that the planet has to offer.

Embark on a journey that takes you over the magical Himalayas and check out some of the highest peaks on the planet such as Mount Lhotse, Mount Cho Oyu, Mount Makalu, Mount Nuptse, Mount Pumori, Mount Amadablam, Mount Thamserku and Khangtega.

The aerial view of medieval-era Kathmandu clustered with palaces, temples, monastery and courtyards can also be seen during this tour.

The tour starts around 7 am from the domestic terminal at the Tribhuvan Airport. Our representative will escort you from your hotel to the airport. After take off, we will head towards Lukla, flying in an eastern direction through the Himalayan terrain.

We will first land at Syangboche for breakfast and enjoy panoramic views of the surrounding mountains. After breakfast, we will fly to Everest Base Camp and land at the helipad near Kala Patthar for the best possible views of Mount Everest and Mount Pumori. We spend half an hour at this helipad, before flying back to Kathmandu.

· Call Sign: 9N – AKP & 9N AKG
View More
CUSTOMER REVIEWS
4.5 - Excellent
Based on 3 reviews
N
4 - Very Good
Top of the world
“The overall experience was superb. Seeing Everest so close in such a short time was spectacular. The process is still a bit haphazard and could be smoother (more info on the route in advance, details about what to wear, slicker through the airport etc). However is was all fine and we loved it.”
A
5 - Excellent
Mt Everest Helicopter Tour
“This April I took part in a Mt. Everest base camp tour via helicopter through Unique Adventures. Everything necessary for the tour (flights, helicopter, etc.) were all reserved in advance and the program director personally picked me up from my hotel in the morning.

Unfortunately, due to bad weather, the helicopter tour did not take place. Despite the poor circumstances, Unique Adventures was more than willing to work with me on options and pricing given the circumstances. I truly appreciated their flexibility, and would be inclined to choose them for any Nepal based tours moving forward.”
A
5 - Excellent
Excellent Tour
“Excellent Tour with a Great Pilot
Amazing views
Friendly tour guide
Stopped at BaseCamp and also Everest View Hotel”
WHAT'S INCLUDED WHAT'S EXCLUDED
Why Book with Bookmundi
What are customers saying about Bookmundi
Excellent
4.71 Average 334 Reviews 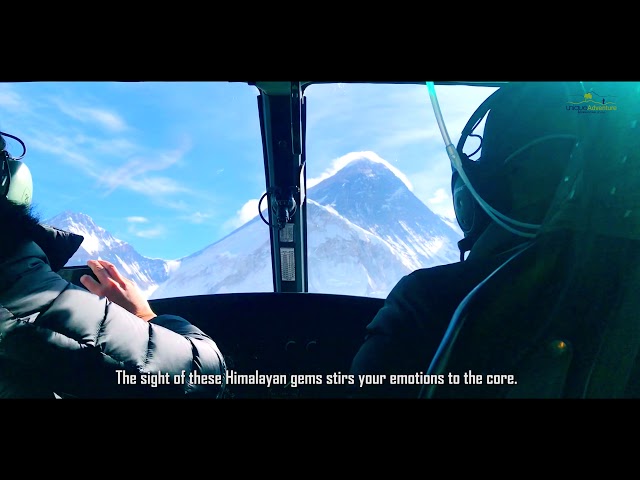 QUESTIONS AND ANSWERS Find answers to the most frequently asked questions about this tour.
Ask a question
NEED HELP OR HAVE A QUESTION ABOUT THIS TOUR?
If you have any question about this tour or need help with planning a trip, please do not hesitate to get in touch with us. We're ready to help.
Get help
hours 04 From US$ 1,300 See Group Discount
CHECK AVAILABILITY
Response Time: 2 hours Response Rate: 100% MAKE AN ENQUIRY