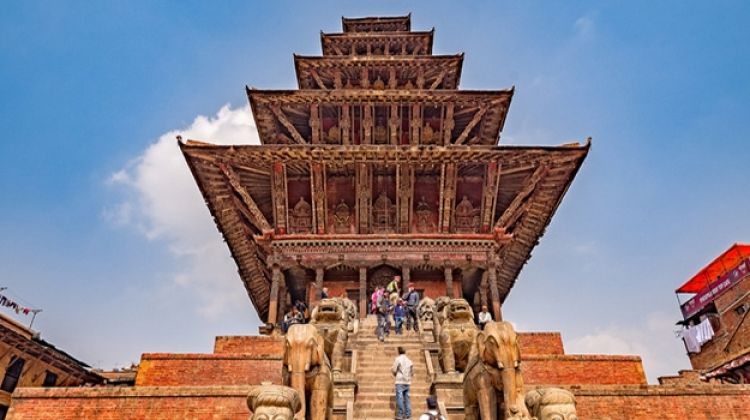 HIGHLIGHTS
The Nepal and Tibet Tour has been designed to combine the most exciting highlights from both of the countries and give a thorough overview of the life and nature in this fascinating part of the world.

The tour starts off in Kathmandu, the capital of Nepal and the capital of Nepal’s culture, religion and architecture. The vibrant history of this mystical and ancient place has left its mark in the distinctive architecture that ornaments the city. The Himalayan giants are visible from the city itself and combine with the ancient architecture for spectacular views. We'll take you to the edge of the Kathmandu valley to the famous tourist destination of Nagarkot Village, where you will get an even more spectacular view of the Himalayan range.

Nepal is much more than just the Himalayas. We'll take you to Chitwan National park to explore Nepal from a completely different angle. Chitwan is the most visited national park in Nepal, famous for its elephant safari.

After Chitwan, head to Tibet – a secluded piece of land rich in spectacular landscapes, mystical monasteries and vibrant culture. Travel through small Tibetan villages whose inhabitants are one of the friendliest and most welcoming people you will ever meet.

The biggest highlight in Tibet is visiting the capital Lhasa, together with its royal palace and spectacular monasteries. Travelers will visit the famous Potala Palace and Jokhang Temple, both of which offer immense spiritual rejuvenation and inspiration. The Potala Palace features an overwhelming array of intricate murals, temples and stupas, in addition to the tombs of eight previous Dalai Lamas, exquisite Tibetan Mandalas and other relics of Tibetan history. The tour continues to Namtso Lake in Tibet.

View More
CUSTOMER REVIEWS ABOUT HIMALAYAN TREKKING AND TOURS (P) LTD
5 - Excellent
Based on 77 reviews
Review for another Himalayan Trekking and Tours (P) Ltd tour
5 - Excellent
“Had a fantastic time on the trek. No issues with the company, the guide was good, and the service as well.”
Luke's review for another Himalayan Trekking and Tours (P) Ltd tour
5 - Excellent
“I have recently completed this Trek, and what an incredible experience it was to do with this company. From start to finish everything was handled professionally, and all questions and requests were answered and handled exceptionally well. Every stage of the tour was organised so all we had to do was get to the finish point each night. I can't speak highly enough of our guide, who went above and beyond for everyone in the group. I absolutely recommend this tour and this company if you are going to do EBC, a very professional and enjoyable experience. Thank you!!”
Jon's review for another Himalayan Trekking and Tours (P) Ltd tour
5 - Excellent
“This was one of the best tour we had, we will never forget it. Surya answered all our questions as we researched and looked for the right tour company. His responsiveness was what made us chose this company and we definitely made the right choice. Guide and driver were both a friendly and experienced. Thanks for making our vacation a memorable one! We will definitely travel to Nepal.”
Read more Himalayan Trekking and Tours (P) Ltd reviews
ITINERARY Expand All
WHAT'S INCLUDED OPTIONAL ADDONS (Available during check-out) WHAT'S EXCLUDED
Why Book with Bookmundi
What are customers saying about Bookmundi
Excellent
4.71 Average 329 Reviews

NEED HELP OR HAVE A QUESTION ABOUT THIS TOUR?
If you have any question about this tour or need help with planning a trip, please do not hesitate to get in touch with us. We're ready to help.
Get help
days 12 From US$ 2,160
CHECK AVAILABILITY
Response Time: 3 hours Response Rate: 100% MAKE AN ENQUIRY