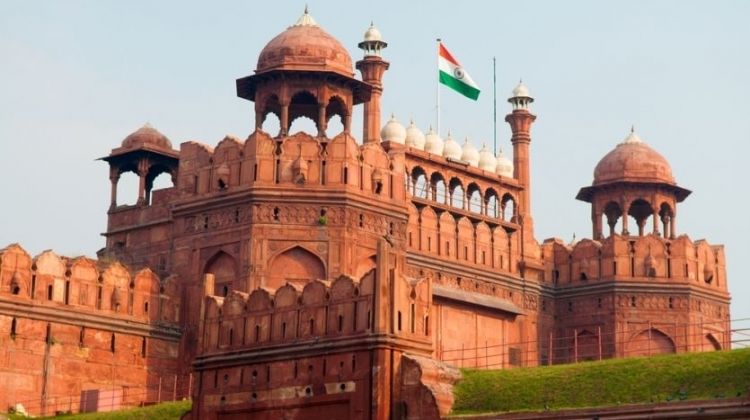 HIGHLIGHTS Download trip notes
The Nepal & Rajasthan Explorer tour starts from Kathmandu and ends in Mumbai. The Nepal & Rajasthan Explorer tour is a cultural, religious and historic sites tour that takes 31 days taking you through Kathmandu, Mandu, Varanasi, Chitwan National Park and 13 other destinations in India and Nepal. This is a guided group tour that includes accommodation, transport, meals and others.

This trip takes us through the great cities of Rajasthan, through the deserts and beyond to some of India's hidden gems, as well as to the highlights of Northern India.

Rajasthan is undoubtedly the most colourful part of India. Despite being such a harsh arid area that culminates in the Thar Desert, it's the juxtaposition of the deep orange and browns of the desert with the iridescent reds, yellows, blues and greens of the saris, dhotis, and turbans that create such a vibrant atmosphere. Add in the spectacle of the multi coloured spice market, spectacular sunsets over blood orange desert sands, the vivid deep blues of Jodphur town houses, and the mirror whites of Udaipur and you get a feel for what awaits the traveller in Rajasthan.

The chaos of Varanasi can be a bit of a shock to the system, but add in the history and culture of the Mogul heartlands around Agra, Fatehpur Sikri and Delhi and the splendours of the Pink City ofJaipur and you have a glimpse of India you will not forget. In Nepal we travel through the foothills of the Himalayas, visit Chitwan National Park and Kathmandu, allowing us to see the contrast between these two countries.

No additional cancellation fees apply for this Nepal & Rajasthan Explorer tour. You can cancel the tour up to 61 days prior departure and avoid paying the full amount, but your deposit paid is non-refundable. No refund applies for cancellations within 60 days of departure.

For this Nepal & Rajasthan Explorer tour getting the required visa(s) is the responsibility for each individual traveller, as visa requirements vary depending on your nationality. We recommend to check with your local embassies representing the countries that you are travelling to, as part of this itinerary.

Local Payment The local payment is a group fund, paid separately from the trip price on the first day of the tour. It covers everything that the group does together on the ground. This is primarily hotel accommodation and campsite fees, meals whilst camping (but not while eating in restaurants), and included activities and puts money directly back to the local community. The local payment, or kitty system, is unique to overlanding tours and provides maximum flexibility and best value on the road - you can see exactly what is being paid for, you get everything at cost price, it keeps costs competitive by leveraging group expenses and saves on administrative costs. The fund is run by the tour guide, and any excess left over at the end is returned equally to the group. Local prices are estimated in USD when we print the brochure then reviewed monthly as local costs and exchange rates vary throughout the year. It's therefore important once you book your trip to check the website regularly and just before departure for any changes to the amount.
QUESTIONS AND ANSWERS Find answers to the most frequently asked questions about this tour.
Ask a question
NEED HELP OR HAVE A QUESTION ABOUT THIS TOUR?
If you have any question about this tour or need help with planning a trip, please do not hesitate to get in touch with us. We're ready to help.
Get help
days 31 From US$ 4,115
Unlock US$ 206 in extra savings CHECK AVAILABILITY
Response Time: 1 hour Response Rate: 100% MAKE AN ENQUIRY

Tour is operated by : Dragoman
1020 Reviews
Currently 12:30 in Debenham - Open Now MAKE AN ENQUIRY Response Time: 1 hour Response Rate: 100%
Download Trip Notes Enter your email to get a PDF file containing all the trip information for the Nepal & Rajasthan Explorer tour.
Trip Notes Sent
We have sent the trip notes for this tour to:

If you book the Nepal & Rajasthan Explorer tour within the next 5 days, you can get by applying the following code: