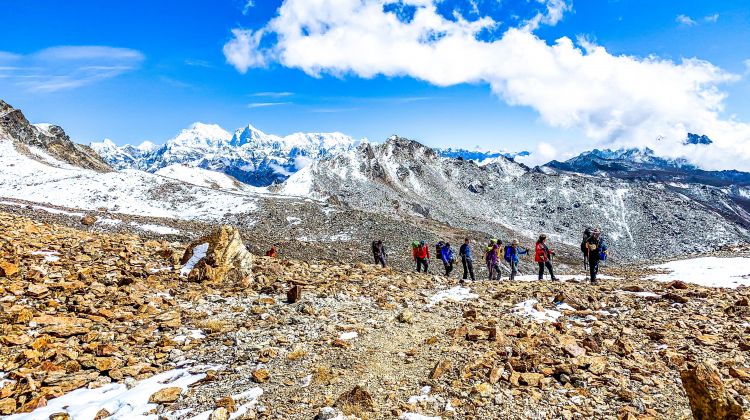 HIGHLIGHTS
The Lumba Sumba Pass Trek is a new trekking route running through Kanchenjunga Conservation Area in the eastern Himalaya region, in which Lumba Sumba Peak (5200m) is the major attraction.

Offering some of the most spectacular Himalayan landscapes, the route encompasses alpine grasslands, rocky outcrops, dense temperate and sub-tropical forests, and low river valleys. There are also a number of high mountain lakes in Olangchung Gola, and the Tamor and Arun River systems are another attraction for tourists. These two rivers are the major tributaries of the mighty Sapta Koshi River. Trekkers may also come across different birds and wildlife species, including the endangered snow leopard and red panda along the route.

Apart from natural beauty, trekkers can also explore cultural heritage including monasteries, shortens, temples, prayer walls, and any local festivals that may be taking place. The route is home to several different ethnic groups like the Limbus, Sherpas, Rai, Gurung, Magars, Newars, and Tamangs. The trek. Trekkers will see the traditional farming practices of the local people along the way.

View More
CUSTOMER REVIEWS ABOUT MOUNT ADVENTURE HOLIDAYS
5 - Excellent
Based on 51 reviews
B
4 - Very Good
Bryce's review for another Mount Adventure Holidays tour
“My wife and i had an amazing trip with Pasang dai! 8 days trek in langtang valley plus an ascension of the kyanjin ri (4700m) with a beautifull view on the langtang lirung. Pasang was very profesional and he shared with us his knowledge of the sherpa community, tamang and langtang village and culture. Pasang is also a great human being as he always made sure we feel good during the trek. I think i've never heard a laugh so full of joy and sincerity! The kind of joy that give so much good feeling and energy when you're struggling during your trek! This is Pasang magic laugh!!

Bryce & Usha.”
A
5 - Excellent
Review for another Mount Adventure Holidays tour
“While I found the walk challenging, I look back and are so glad I did it. The guide was wonderful, patient & encouraging. He was able to accommodate the youthful enthusiasm & fitness while proving me with the support & guidance I needed to get me through the day. Returned home with great memories & a great sense of achievement. So glad we did it as we did, thanks so much for enabling us to do it as we did. Would recommend it to anyone wanting to experience the Langtang trek.”
S
5 - Excellent
Stefan's review for another Mount Adventure Holidays tour
“I am hereby glad to write this review for Manaslu Circuit Trek as i enjoyed this trek thoroughly along every trail without any kind of problems during the whole trek. Along the trail we stayed in the village of Sama where we saw the magnificent view of Manaslu as we where on the foot of it and We also had a great view of Manaslu from the Birendra Lake as well. We had a challenging trek on the trail of Larke Pass but even though it is tough the view from the top of the Larke Pass was worth it with stunning views of Mountain Ranges. And we were fully taken care with great enthusiasm from the side of our guide and Staff teams along every path and trail of this trek and we want thank them with our bottom of heart for their outstanding services.”
Read more Mount Adventure Holidays reviews
ITINERARY
Alt. in: ALTITUDE MAP
Expand All
WHAT'S INCLUDED WHAT'S EXCLUDED
Why Book with Bookmundi
What are customers saying about Bookmundi
Average Reviews 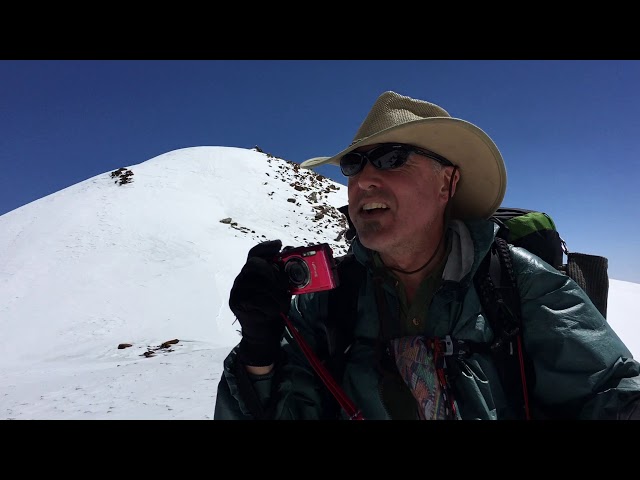 QUESTIONS AND ANSWERS Find answers to the most frequently asked questions about this tour.
Read more questions and answers
NEED HELP OR HAVE A QUESTION ABOUT THIS TOUR?
If you have any question about this tour or need help with planning a trip, please do not hesitate to get in touch with us. We're ready to help.
Get help
days 20 From US$ 1,800 See Group Discount
CHECK AVAILABILITY
Response Time: 2 hours Response Rate: 100% MAKE AN ENQUIRY