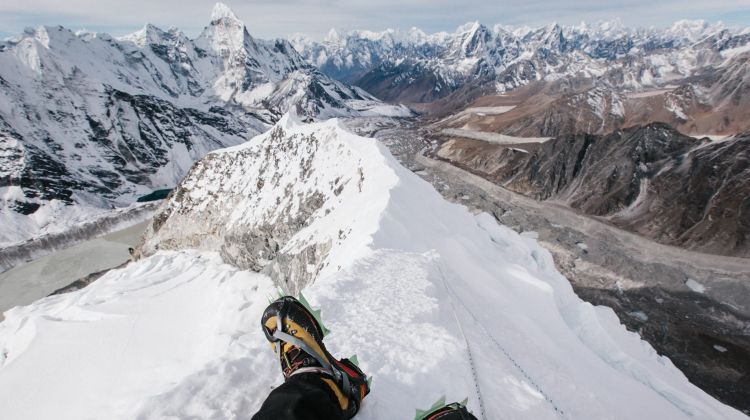 HIGHLIGHTS
Embark on this Island peak Climbing Trek in the Everest region that gives you an opportunity to experience both trekking and peak climbing. Island Peak or (Imja Tse) in the Imja valley of Khumbu area is the most achievable climbing peak without having prior mountaineering experience.

Located just 10 km away Mt. Everest summit, Island peak gives a 360 degree display of great Himalayas. Island peak, the most climbed climbing peak of Himalaya is really an augmentation of south end of Mt. Lhotse that remains as a stupendous peak in the midst of the mammoths of the Himalaya. If you love trekking in Nepal and want to have a peak climbing experience too, then this trip is an ideal choice for you.

Our Island Peak Climbing with Everest Base Camp trek project is intended to carry out both trekking and peak climbing in Nepal for all adventure lovers. Our Island peak with Everest base camp trek program begins as we take an invigorating flight to Lukla and begin trekking the exemplary Everest base camp through the Sherpa towns of Phakding, Namche, Tengboche, Dingboche, Lobuche and Gorekshep while spending through two night in Namche and Dingboche for proper acclimatization.

We trek to Everest base camp so that our body adapts for our Island peak climbing adventure. We additionally trek up to Kala Patthar for best views of Everest and its neighboring snow-capped mountains. Then, we trek back to Chhukung and advance towards the Island peak.

Initially, we trek to Island peak base camp, learn and get detail info with practicing use of climbing gears. We spend a night in base camp. Following day is the hardest day yet as we achieve the summit. The climb starts with a scramble up a rough crevasse to an edge where we put on crampons and rope up for the ice sheet crossing heading towards the south edge. The climb is as steep as 45 degree on the way to summit ridge from where we get astounding views of Lhotse, Makalu, Baruntse and other Himalayan panoramas.
View More
CUSTOMER REVIEWS
5 - Excellent
Based on 2 reviews
A
5 - Excellent
Excellent
“Excellent”
I
5 - Excellent
My lifetime of memories during Island Peak Climbing and EBC
“The Island Peak Climbing and Everest base camp trekking adventure organized by Icicles was everything we expected - and more! Stepping at top of Island Peak was really a dream come true experience to see so many snow capped peaks in front of my eyes. And EBC was rewarding experience too.”
ITINERARY
Alt. in: ALTITUDE MAP
Expand All
WHAT'S INCLUDED WHAT'S EXCLUDED
Why Book with Bookmundi
What are customers saying about Bookmundi
Excellent
4.68 Average 349 Reviews 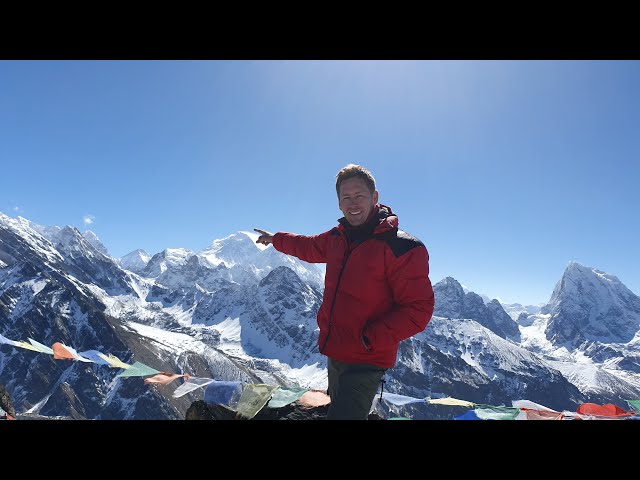 QUESTIONS AND ANSWERS Find answers to the most frequently asked questions about this tour.
Read more questions and answers
NEED HELP OR HAVE A QUESTION ABOUT THIS TOUR?
If you have any question about this tour or need help with planning a trip, please do not hesitate to get in touch with us. We're ready to help.
Get help
days 16 SavingUS$ 199
You have unlocked exclusive savings:
10% OFF TODAY From US$ 1,990 US$ 1,791 See Group Discount
CHECK AVAILABILITY
Response Time: 2 hours Response Rate: 100% MAKE AN ENQUIRY