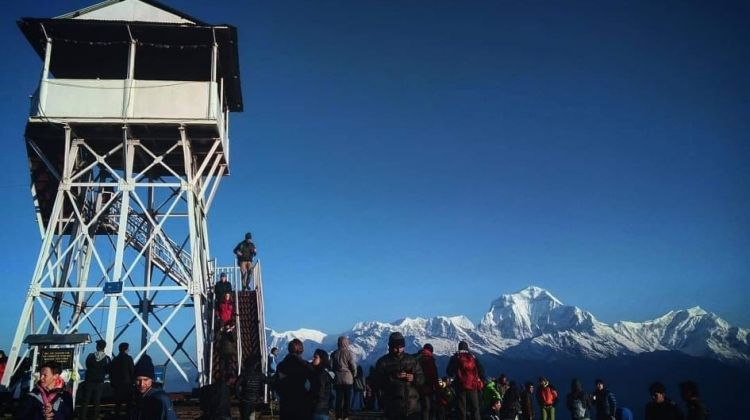 HIGHLIGHTS
The Ghorepani Poon Hill trek is one of the best short treks in Nepal and offers spectacular views of the Himalaya’s Annapurna Range. The eight-day guided tour takes you from the capital of Kathmandu to the Lake City of Pokhara to Poon Hill.

The four-day trek passes through Gurung villages and orchid forests to Poon Hill, the best viewpoint to Machhapuchhre, Annapurna and Dhaulagiri. Revel in the glistening snow-capped peaks as the first rays of sunrise hit the Himalayan Range.

Start your trip from Kathmandu and make your way to the picturesque city of Pokhara. Your actual trek begins after a drive to Nayapool as you make your way to Ghorepani through Ulleri. You will pass lush rhododendron forests and swift-flowing waterfalls as you ascend and descend through numerous valleys.

QUESTIONS AND ANSWERS Find answers to the most frequently asked questions about this tour.
Read more questions and answers
NEED HELP OR HAVE A QUESTION ABOUT THIS TOUR?
If you have any question about this tour or need help with planning a trip, please do not hesitate to get in touch with us. We're ready to help.
Get help
days 08 From US$ 550
CHECK AVAILABILITY
Response Time: 3 hours Response Rate: 100% MAKE AN ENQUIRY